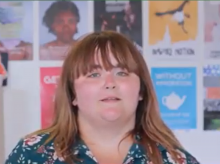 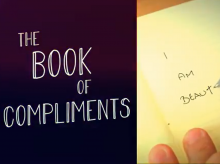 Why not write a book of compliments to yourself? 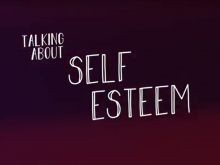 The Self Esteem project

A student nurse is urging people to recognise the signs of low self-esteem to prevent mental health problems and encourage better overall wellbeing.

Abbie Brewer, 21, has struggled with low self-esteem issues and now hopes to help young people understand the triggers and how to prevent it getting worse.

‘I didn’t feel very confident in myself and I felt very anxious, mainly when I was in sixth form,’ explained Abbie, from Bristol. ‘I was very stressed and I didn’t feel as clever as everybody else. It was the academic pressures but also friendship pressures because I never felt like I had a close group of friends.

‘I had friends but not one group where I felt like I fitted in.

Helping other people gave Abbie more confidence in herself and now she aims to fill people with enough positivity and self-esteem so they can use it to empower other young people.

Abbie, who is studying at the University of the West of England in Bristol, said: ‘You need to address the self-esteem issues first before it turns into something much bigger, without it getting to crisis point.’

According to the Mental Health Foundation, nearly one in 10 children and young people aged five to 16 are affected by a mental health problem, with self-harm being one of the main issues.

These findings have encouraged Abbie to share her film in schools across the country with older year groups in a bid to inspire them to teach younger children about the importance of looking after your own well-being.

Since speaking to friends about her self-esteem issues, Abbie realised more people were struggling with their own problems than she had first thought.

Abbie added: ‘My advice would be to find someone to talk to, a friend, teacher or anyone you feel comfortable with.

‘Talking is the only way to tackle the issue. You never know who else is struggling.’