It's Who We Are 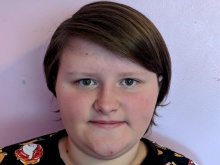 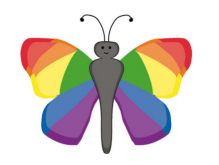 The group more people to be open minded. 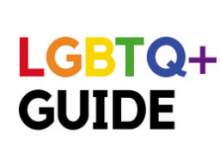 Get in touch to order the resource today!

A student wants to change negative perceptions of LGBTQ+ communities and stop other people experiencing the same abuse.

Shannon Rawlings, 16, led an LGBTQ youth group in their campaign to start a bigger conversation about sexuality in the local area after being verbally abused by her peers.

‘There aren’t any groups to talk to about LGBTQ,’ explained Shannon. ‘There’s so many different clubs at school and you would think there would be a safe place to talk but there isn’t.’

The group say it’s frustrating there isn’t enough support and organised meet-ups for LGBTQ+ communities and hope their leaflet titled ‘What Not To Say – LGBTQ+ Guide’ encourages change.

‘I feel like we are taking a step back. In Wales there is pride in Cardiff but nowhere else. We want to see that change,’ said Shannon, from Neath, Wales. ‘Schools often ignore LGBTQ issues and generally don’t talk about it so we made a resource that we think would be accessible in schools.’

Research found by Stonewall, an LGBT equality charity, states just two in five LGBT pupils report their schools say transphobic bullying is wrong and only one in five LGBT pupils have been taught about safe sex in relation to same-sex relationships.

With members of the group suffering at the hands of bullies, they wanted to do something to encourage acceptance and openness in their local area.

‘We had prom about a month ago and me and Sophie, who also worked on the project, were awarded best couple so it’s slowly improving,’ explained Shannon.

‘We need to start the conversation now rather than later.’ 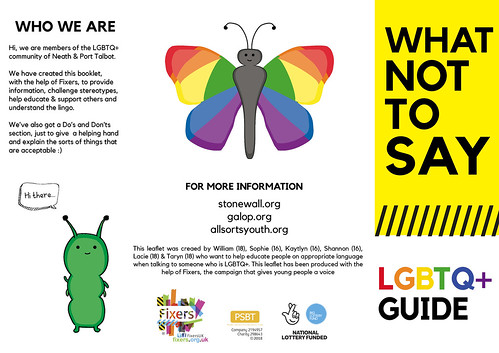 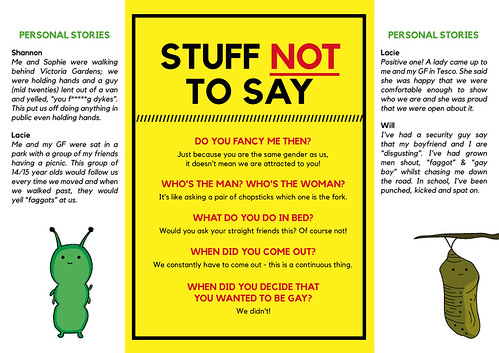