Speak Up About Domestic Abuse 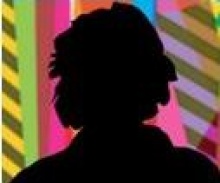 Amelia* wants to educate others about healthy relationships 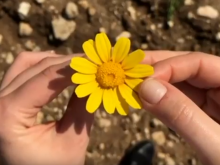 A still from Amelia* and Jenny's film 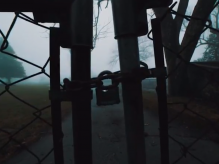 'You are not alone'

Young mums who have been in abusive relationships are urging women to know their partners backgrounds before settling down and starting a family.

Amelia and Jenny (whose real names have been changed to protect their identity) found themselves raising their children alone after the men who fathered them turned out to be monsters.

They now want to highlight the importance of being in a healthy relationship and have made a film to encourage other victims to speak out.

‘I wasn’t aware of my ex-partner’s history until things were brought to my attention by social services following the birth of our daughter,’ explained Amelia, 21, from Bedfordshire. ‘I thought I was in a healthy relationship however when I discovered the truth he changed from being sweet to making me feel depressed.’

Amelia received a number of screenshots from people online accusing her former partner of under-age grooming, but she didn’t want to believe it.

Two days after her baby was born, her partner was arrested for inciting and grooming an underage girl on a work computer.

Jenny’s partner turned violent and abusive when she fell pregnant, at one point punching her in the stomach.

She stayed in the relationship for a further three years before building up the courage to leave.

‘It was only when I fell pregnant did I meet the true monster,’ said the 26-year-old from Bedfordshire. ‘He all of a sudden changed into a jealous abusive man which continued and got worse until I decided to indefinitely leave him when my daughter was three-years-old - the hardest but best decision for me and my daughter.’

SafeLives, a domestic abuse charity, conducted a study and found each year nearly two million people in the UK suffer some form of domestic abuse.

The results showed 1.3 million victims are female (8.2% of the population) and 600,000 victims are male (4%). These are estimations as many victims do not come forward and report the crimes.

‘The turning point for me was when I had my baby and social services had to check on me every day to make sure I was a fit mother,’ said Amelia. ‘It was then that I decided to move away from all the negativity and make a fresh start.

‘Unfortunately I lost contact with all of my friends, and I am only just starting to get back in contact with my family again.

‘But I want people to know that they have a voice and there will always be people who are willing to listen or an organisation that can help. You are never alone.’

Amelia wants to make sure people know their partners background before settling down, making a home together and having children.

They hope to share their film with schools and charities that work with young people.

This project has been supported by Bedfordshire PCC.

About Jenny* and Amelia*