Beauty Is Not Skin Deep 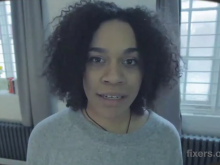 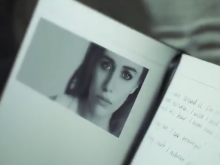 A still from Kiki's film 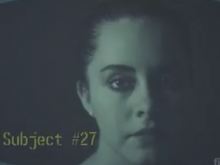 An aspiring actress has made a film to raise awareness about hormonal acne after it caused her to develop hyper-pigmentation.

After multiple acne episodes, Kiki Nsonwu was left with dark marks on her face which she says made her feel like a ‘Dalmatian’.

She wants people to be happy in who they are and forget fads and ideals of perfection.

‘I've had to deal with my face being covered in dark marks meaning I never left the house without full-coverage foundation, always being self-conscious, and physically worrying about it all day, every day,’ explained Kiki, from London.

‘It got to the point when I would get spots of acne and they would leave behind scars.’

Hyper-pigmentation is the unusual darkening of the skin and is more common in people with darker skin tones.

The skin condition affected the 19-year-old’s mental health and pushed her to dangerous extremes in a bid to ‘find happiness’.

Kiki said: ‘I went through times where I didn’t eat and I thought that was the best way to lose weight and be happy.

‘When you want to change yourself so badly, you will go to any extreme.’

Kiki saw a skin specialist who prescribed a chemical peel treatment and she says it has given her the confidence to speak up and help others going through similar troubles.

‘I am having a skin treatment and I am very happy as it’s actually working – so many treatments haven’t!

‘I want to be an actor and many castings ask you to come in ‘bare faced’ and ‘natural’ but I always felt I had to wear make-up,’ Kiki added.

With the help of Fixers, Kiki has produced a film titled ‘Skin Deep’, where she features in a Hunger Games style fight for unrealistic perfection.

Kiki hopes to show her film to young adults and inspire them to find something that makes them happy and focus on the positives.

‘Everyone has flaws and is worried about what people think of them and everyone wants what they don’t have – it’s important to realise that other people see the positives in you regardless,’ added Kiki.

‘Even if you are struggling with something it is important to see the happiness within.

‘There’s so much more that’s positive – as soon as you start to see it, so will everyone else.’