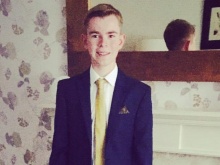 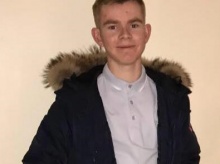 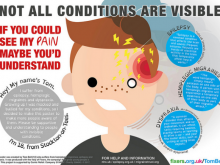 For most of us, having a headache is a fairly common hindrance, but for 18-year-old Thomas Bell it can be very serious and even cause paralysis.

The teen from Stockton-On-Tees had a stroke at the age of 11 due to hemiplegic migraines, a rare condition which causes temporary weakness on one side of the body.

Often mocked at school, he is now shining a light on invisible illnesses with a poster campaign showing that just because you can’t see someone’s condition doesn’t mean it’s not there.

‘When I had the stroke, I remember trying to get out of bed one night for the toilet, but couldn’t find my balance and my speech was slurred. It was really scary,' he said.

‘I stayed in hospital for a couple of weeks and even now I still feel a weakness down my left side.'

Thomas also has to contend with having a lack of coordination and seizures due to his dyspraxia and epilepsy.

Teased as a youngster, he manages his symptoms with medication, but still struggles doing everyday tasks such as drawing and using a knife and fork.

He adds: ‘Unfortunately, I don’t think people take me seriously because they can’t see there’s anything wrong.

‘At school some of the other kids used to shine a torch in my eyes because they knew I had epilepsy. I wish people were more understanding.’

His Fixers poster campaign explains more about his conditions and he hopes it will educate people about invisible illnesses so they can be more supportive of those who have them. 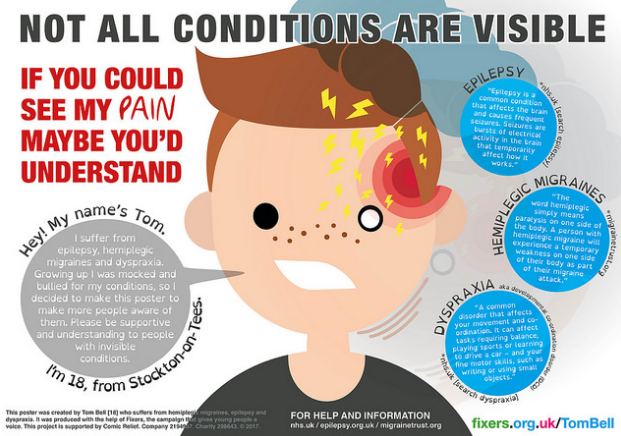 He adds: ‘I’m really happy with how the poster turned out. We wanted it to be informative and I think it gets the message across.

‘The idea is to encourage people to take these conditions seriously and not ridicule others who have them.

‘The plan is to take the campaign to local schools and drive home the message there.

'I want to thank Fixers for helping me with this project because it gave me a chance to open up about an issue close to me.’