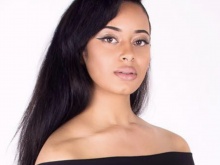 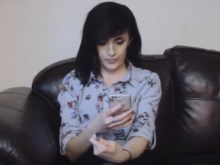 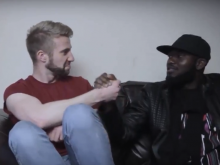 Alice Schweigert, who was herself swindled out of hundreds when her bank details got into the wrong hands, wants to educate youngsters about the pitfalls of getting embroiled in bogus schemes promising the chance to make quick money.

The 20-year-old, who is studying Philosophy and Psychology at Hertfordshire University, has teamed up with Fixers to produce a short film showing that fraud such as this is a serious crime and can have repercussions later in life.

‘My card details were copied and were used to spend about £400 online, which was devastating because you feel like you can trust people and then this happens.

‘Although I got the money back a few months later, it shows how easy it can be for people to take advantage. But it's not just by stealing your information, there are many scams that students need to be wise to.

'For example, some people will offer to pay for your accommodation if you hand over half the money for it.

‘In actual fact they’ll pay it off using a stolen card, which will eventually come back to you and I know many people who have been trapped by this.’

Alice’s film uses different scenarios to show how even those who may be oblivious to any wrongdoing, could in fact be involved in fraudulent activity, which can have dramatic consequences later in life.

She wants to share it with schools, colleges and universities to make young people more aware of these dangers.

She adds: ‘The film has come out quite well and really gets the message across. We wanted to show that fraud can be like a slow bullet that will catch up with you eventually.

‘Even having someone put money in your account can have consequences if you can’t prove where it came from, which in turn can affect your credit rating and even ability to get a mortgage.

‘My message is that if it sounds too good to be true then it usually is.’