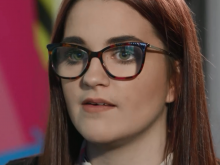 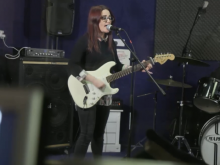 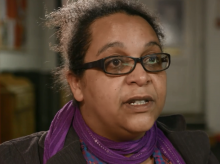 ‘I am angry about what’s happened to me because I don’t feel like I deserved it. I was just being myself.’

A young woman from Halifax, West Yorkshire, who has been bullied in the past, has teamed up with Fixers and is using music to inspire others with similar experiences to stay strong.

Jorjia Reed, 16, has written a song to encourage other victims to stand up against the abuse and not let it define who they are.

‘I was 13 when the bullying started, I was in high school,' explains Jorjia.

'It was all because I looked different to everyone else as I was listening to different types of music. It has continued throughout my college life.

‘It’s mainly verbal and emotional and I have had some cyber bullying too.

‘It has got to the stage where I can’t keep it in any longer because I think people need to know. They’re starting to realise that I am changing as a person.

‘My campaign is strongly about me fighting back. It is aimed at the victims, but it is also towards the bullies as well because it lets them know how people are feeling.’

A story about her Fixers campaign was broadcast on ITV News Calendar earlier this year.

Jorjia wants her music video to encourage people to respect each other's feelings.

She says: 'My campaign is centred around a song which I have written myself about my own experiences.

'I want to share it everywhere. I want people’s views to change and for everyone to see that we are all human, we have all got feelings and we should respect each other.'

View the music video below.

Alosa Kaimacuata is a psychotherapist at Halifax-based charity Noah's Ark Services, which provides counselling and psychotherapy services for children. She is supporting Georgia's Fixers campaign.

‘A lot of the young people that come to see us in school, I would say over half, have either bullying issues currently or a history of bullying,' says Alosa.

‘I think it’s very important that they speak out to somebody that they trust because it brings up a lot of big feelings and if those are kept inside, more serious issues can develop.’

Jorjia adds: ‘I feel relieved that I’m actually able to do something because it’s getting it all out, off my chest and it’s making people understand that this is how I’ve dealt with it.

'You should deal with it in your own creative little way.’