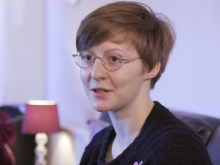 Ella wants to show how important it is to recycle 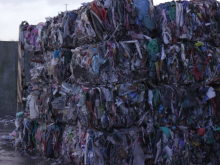 Ella wants Wales to do even better at recycling its waste 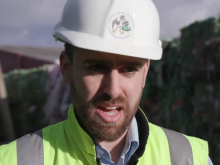 'It’s important to recycle properly because the world is running out of resources.

'We need to stop looking at waste as an issue and start looking at it as a solution.

'Every tin that goes in the bin could potentially be used to create something else.'

21-year-old student Ella Wilkinson thinks that recycling, when carried out properly,  is vital for the environment, but she’s worried that young people are particularly bad at it.

So she has launched a campaign with Fixers to get young people to make more of an effort when it comes to recycling.

Her story was broadcast on ITV News Wales on Thursday, February 8.

Ella is at university in Swansea and is proud of the fact that Wales is the second best country at recycling household waste in the world.

'I’d like us to be the best and I think educating younger people is the key,' she says.

'As a student I do see a lot of people putting things in the wrong bin and it can be quite frustrating.

'There certainly is an element of laziness with some people but I think the vast majority of people do want to recycle and recognise it as a good behaviour.

'I am pretty sure that  a lot of young people don’t actually know what is recyclable and what isn’t.'

He says: 'In Swansea, if people put food or drink cartons in with their paper, the re-processor might reject that load from us. It would end up being disposed of in a landfill site and buried in the ground, which we don’t want to happen.'

Ella says she wants Wales to do even better at recycling its waste and wants better education from a young age.

'I would like to see Wales continuing to lead the world in recycling and I think that a very important part of that is education, particularly of young people.

'Habits formed at university or at a young age will be carried through and if they have children, then they’ll teach them positive recycling behaviours.'