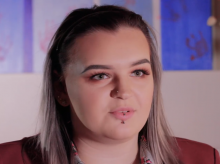 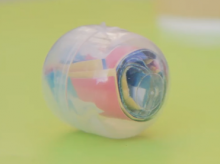 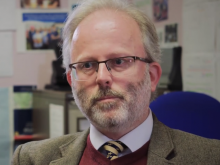 'My mum has many health problems which can affect her immune system quite badly. If she gets an infection she can end up in hospital for a week.'

Antibiotics are an important weapon against infection, but 17-year-old Abi Fraser says the drugs don’t always work any more.

With the help of Fixers, Abi, from Wem near Shrewsbury, wants to warn people about the growing dangers of antibiotic resistance.

She told her story on ITV News Central on Thursday, February 8.

She says: 'My mum has multiple health problems which lead her to having lots of infections. An important weapon against these are antibiotics but unfortunately a lot of the bugs have developed a resistance to the drugs.

'The experts say this is because there has been a big increase in the amount of antibiotics prescribed to people and this has increased the chance of resistance building up.

'I want my campaign to make more people aware that antibiotics can’t fix everything.

'People shouldn’t expect a prescription for antibiotics every time they go to the doctor with a health issue.'

Abi and her friends have created a pill-shaped capsule which contains a leaflet with lots of information.

Sean says that over the last few years, there’s been an increase in the prescribing of antibiotics.

'When you expose bacteria to multiple antibiotics, there is a chance of resistance developing and we’re seeing these patterns now across the world,' he says.

'We want to encourage young people to be aware that when they seek medical advice they won't always receive a prescription for antibiotics.'

Abi adds: 'I think people demand antibiotics from their doctors because they’re not really sure what they do and what they’re for. I think they just assume it’s like a magic pill that’s going to sort everything, but it won’t.

'It’s important to get the message out there about growing resistance to antibiotics. Because it’s a real thing and it is happening right now.'