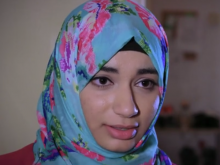 Alizeh says religious education teaches you about the world 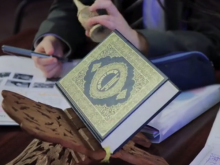 Alizeh wants to highlight the benefits of religious education in schools 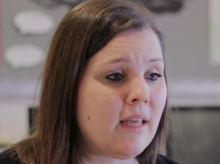 'Religious education is not just about learning about the main faiths. It teaches you about the world we live in and the sort of issues that we see in the news and contemporary issues that concern a lot of people.'

A teenager from Plymouth is concerned that a growing number of children are missing out on religious education (RE) at school, leaving them unprepared for modern life.

By law, the subject must be taught in all state-funded schools but research gathered by the National Association of Teachers of Religious Education (NATRE) in the autumn suggests a quarter of secondaries in England are no longer offering the subject.

So 17-year-old Alizeh Abdul Rahman has joined Fixers to highlight the benefits of the subject.

She told her story on ITV News West Country on December 7th.

She says: 'My family has lived in Plymouth since I was two and it’s very much my hometown, but the West Country is not as diverse as places like London or Birmingham.

'When I was little my sister was subject to a racial attack and I think that's really focused my mind on the idea that people shouldn't grow up intolerant towards others and we really need to be educated on this.

'I think there’s a strong link between religious education and racism so I think it's important to ensure that people don’t have close-minded opinions, which leads to things like Anti Semitism, Islamophobia, racism, all these different issues we’re facing in society today.

'I think people often make the assumption that, as someone who's visibly Muslim, I will just want people to learn about Islam, and that's definitely not the case, all different religions have an impact in society.'

She says: 'It's really good that Alizeh has a firm understanding of why RE is important. The law says that religious education must be taught for an hour a week. We did a Freedom of Information (FOI) request for NATRE and 28 per cent of schools are not teaching RE or meeting their legal requirement.'

The FOI data was gathered by the Department for Education in 2015 but was not published until September 2017.

Alizeh now hopes to spread the message of her campaign amongst as many schools as possible.

She says: 'I hope schools will listen to what I'm saying and understand that religious education is a subject in which you can debate many different issues and through the use of discussions and more interactive ways of teaching we can have better informed young people who are well prepared for a multi faith and multicultural society.'