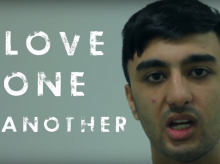 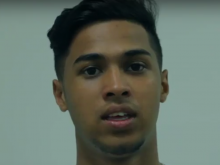 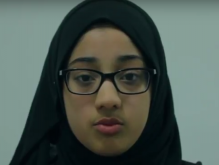 A British Muslim teenager who was told to get back to his own country is hoping to tackle Islamophobia by educating people about his religion.

Bilal Khan, from Rochdale, is concerned that unprovoked verbal and physical abuse aimed at Muslims is making others like him feel less safe in public.

Along with his team, the 17-year-old college student has made a film with Fixers aiming to promote more tolerance and understanding of other people.

‘In Rochdale we’ve notoriously seen problems with racial tensions in the past,’ he says.

‘Even now, I sometimes walk past a group of people and they’ll be abusive towards me just because I’m brown. It can be really intimidating and makes you feel like you don't belong here.

‘Also, with all these acid attacks we’re hearing of as well, my mum often gets worried when I’m out alone.’

Bilal feels that recent terrorist incidents in Britain, particularly the one at Manchester Arena earlier this year, has fuelled ill feeling towards those of the Muslim faith.

‘What happened that night was shocking,’ he adds.

‘I think a minority of people believe that Muslims somehow condone such a terrible thing, which isn’t true.

‘It’s important that we spread knowledge of Islam and what it actually teaches. It’s a religion of peace.

‘What was really pleasing was how the vast majority of people came together and showed that we are one, which is what it’s all about. We have to stand united.’

In the film, the group aim to clear up misconceptions about Islam and educate people about the faith.

They hope it will go viral online and reach as many people as possible.

‘The more people that see our message the better that is,’ says Bilal.

‘We want communities to stay together and not be divided. We’re all human beings and should treat each other as such.’