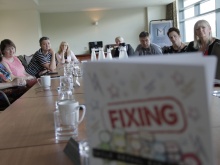 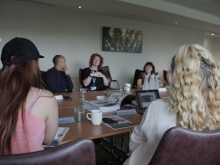 Young people talking about their experiences with CSE 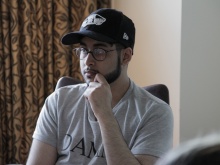 Young people who have survived child sexual abuse and exploitation (CSE) have put forward their recommendations on how to tackle the problem to senior health professionals.

They were told the perceptions and experiences were ‘eye-opening’ by NHS England’s Head of Safeguarding, Susan Warburton.

‘We need to start listening an awful lot more and bringing them into our boardrooms to help us in the planning,’ she said.

The three Fixers had travelled from around the country to attend Fixers workshops and debate the issue of CSE earlier this year.

At the launch, the young people courageously shared their own experiences in a bid to bring about better support for other victims of CSE.

They said they believe that it is crucial that organisations listen to the voices of young CSE survivors, based on their own lived experiences, before planning and tailoring services to assist other young victims.

Adam Shaikh, 19, has previously created a spoken-word poem with Fixers to raise awareness of CSE.

Speaking of the event, he said: ‘It was a really insightful day because we got to speak with professionals who wanted to know more about what they can do to make the services better for young people.

‘Having fellow Fixers attend was really good too because we were able to give our honest opinion, which is what they’re looking for and need. You can’t get that insight from anyone other than a survivor of CSE so I think this was a really important event.

‘My hope after this is for the NHS to take a more orientated approach towards helping survivors and giving the help to victims of CSE when they need it, rather than making them wait for months or years.’ 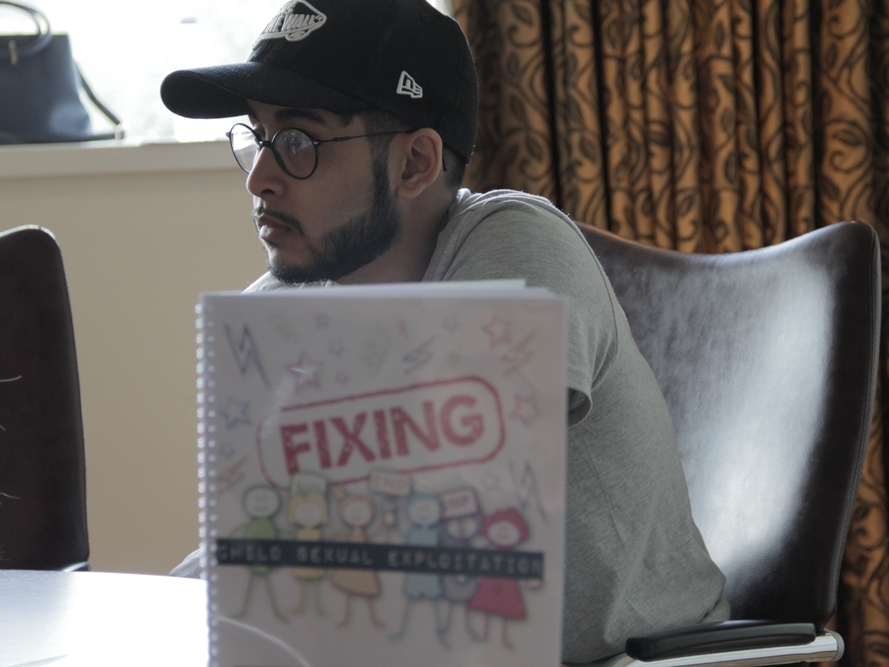 This report is part of the Feel Happy Fix Series, supported by Wellcome Trust, which brings together young people who already campaign on issues that affect their well-being, to share their insight and the lessons they have learnt.

The Fixing Child Sexual Exploitation report focuses on three key areas – the reactions of family and friends, victims’ treatment by professionals and how their mental and physical health has been affected.

When it came to the role of loved ones, the young people outlined a need for families to communicate with each other and bridge a generational gap, which can prevent young people from speaking up.

Also at the event was ‘Kirsty’, another survivor of CSE. She said: ‘Originally I was nervous that I would spill my heart out and nothing would happen, but after this I feel like my voice is being heard for once. 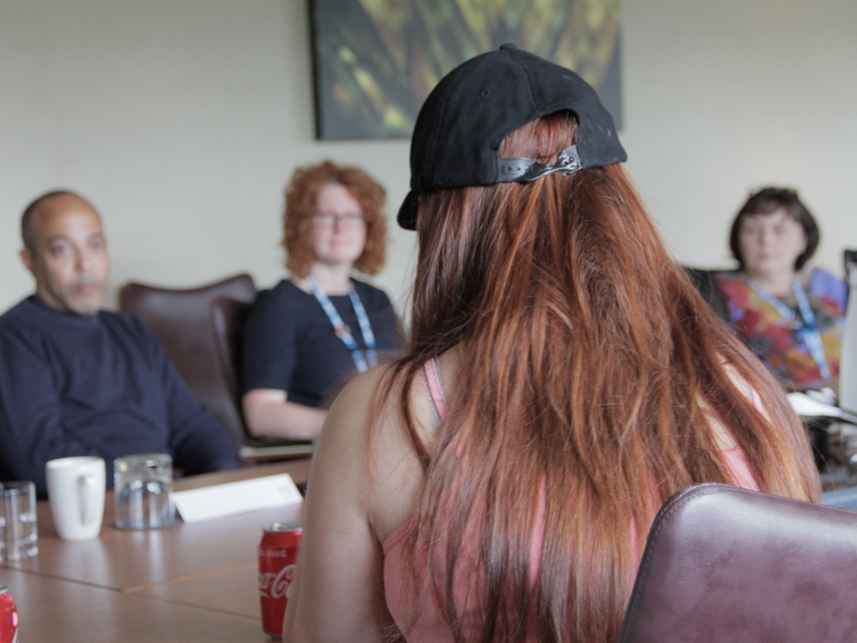 'Kirsty' speaks candidly about her experiences

‘I’ve gone through most of my life not speaking about what happened, but in the last year I’ve started to open up. It’s like a big weight gets lifted every time I talk about it.

‘What I want to see happen is for schools to teach children about CSE and help make a difference. If everyone’s on the same page it’s only a matter of time before someone starts listening.’

In the report, the survivors of CSE described a range of issues to be considered by professionals who deal with young victims of sexual crimes. The findings included the feelings of helplessness experienced by victims when reporting CSE to the authorities. There were also calls for greater empathy from healthcare workers and more trust from the criminal justice system.

Susan Warburton, Head of Safeguarding for NHS England, applauded the young people who contributed and who attended the launch for their courage in speaking about their experiences. And she hopes that this report will help to shape how victims of CSE are dealt with in the future. 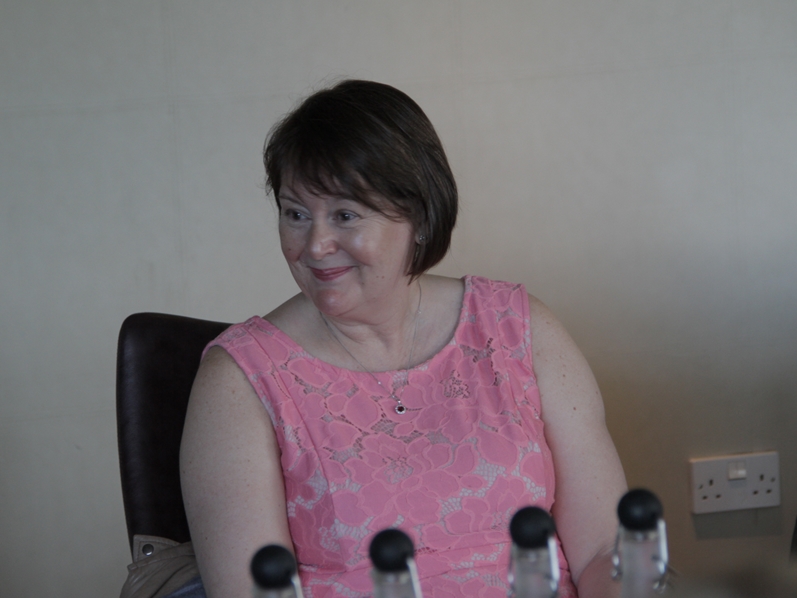 She said: ‘I found quite a lot of it eye opening. Hearing their perceptions of professionals was really quite distressing, and that after so much work we’ve been trying to do, we’re still not getting it right.

‘I’ve got the utmost admiration for what these young people have done. To walk into a room of people that are middle aged and seen as in authority, and to be able to share their stories, I think took a lot of bravery and you can’t help but be moved by it.

‘We need to start listening an awful lot more and bringing them into our boardrooms to help us in the planning. I’m hoping that as a result of some of the work we’re hearing about, that we’ll start to get more of a coherent approach at a national level.’

On the mental and physical impact of sexual abuse, the report outlines the trauma the young people had suffered, and how it affected every aspect of their lives, including relationships and sex lives.

Lisa Cooper is the Deputy Director of Quality and Safeguarding for NHS England North and the National Lead for Child Sexual Abuse and Exploitation for NHS England. 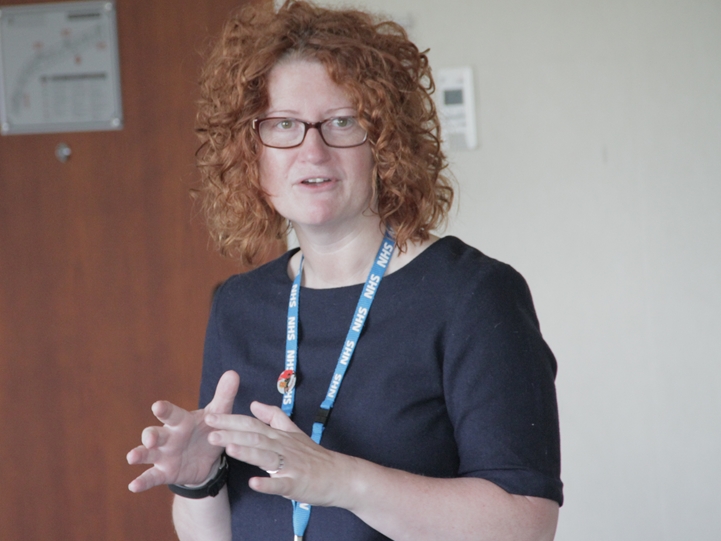 She found hearing some of the young people’s testimonies emotional and said: ‘I think CSE is one of the biggest threats to all children and young people and it can affect anyone.

‘Both personally and professionally, you can’t fail to be moved by hearing the stories of these young people and how incredibly brave they are. They embody real leadership and we can learn a lot from them.

'If they can stand up and talk about it, then the least I can do is make sure their voice is heard and listened to. The impact they will have on future generations is yet to be seen, but absolutely can only be positive.’ 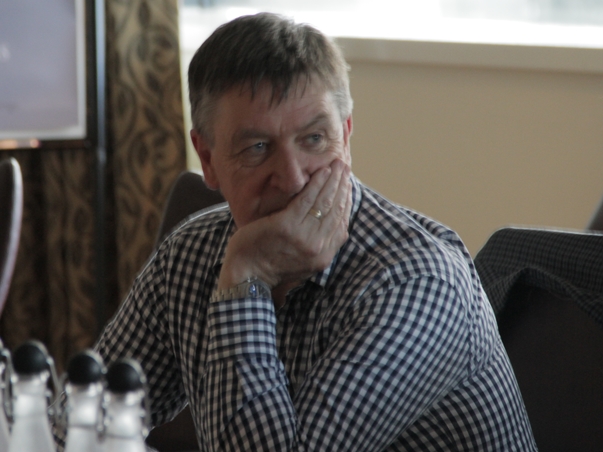 Also present was Ray McMorrow, Health Lead at NWG, an organisation that helps professionals tackle CSE. He outlined a need to bring services together to deal with the issue - not just public services but also youth groups, sports organisations and other institutions.

'I think today was really useful and very valuable having the perspectives of the young people,' said Ray. 'Their observations of access to therapeutic help was really distressing to me, the fact that it remains so poor. It’s about getting the voice of young people generally into the public debate, which is really important.'

For the victims, being heard at last by those in authority was both empowering and enlightening.

'Hopefully they will make change. It was nerve racking talking about my story. I thought I’d get judged because it’s very personal to me, but I felt comfortable,' says ‘Louise,’ who also suffered sexual abuse at a young age. 'My hopes are that young children are aware of this issue much earlier so they can disclose earlier. That’s the key.' 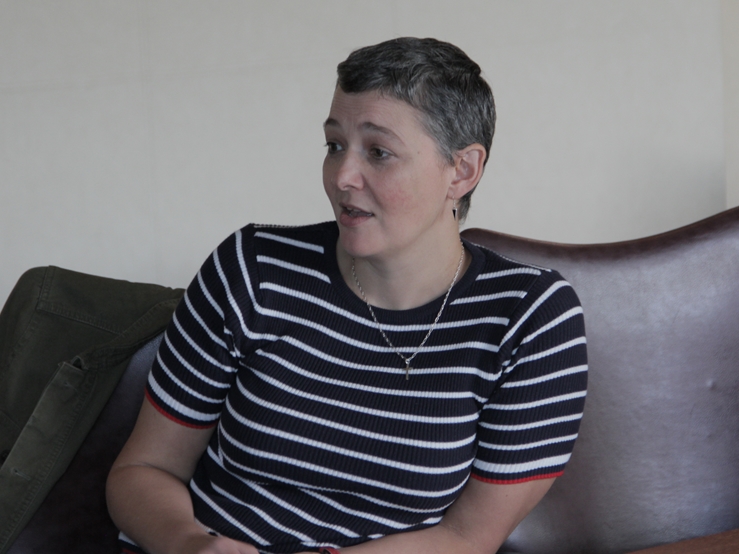 ‘It was a really thought provoking event and brilliant to hear the voices of the survivors,’ said Cheryl A Sherratt, Deputy Director of Nursing for the North Midlands. Having heard the young people's stories, she also agreed that changes must now be made.

‘It sets it in context and makes it real - it’s like a call to action. We can’t hear this and then not go forward and do something significant and brave.’