Step Up To College 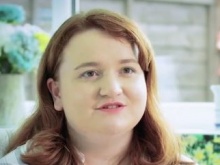 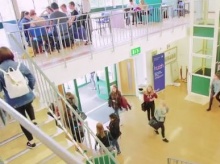 The move to college is a challenging time 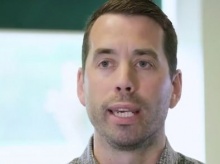 'Everyone assumes that every teenager is looking forward to starting college. I was excited about it, but it's also terrifying. College is so much bigger than a secondary school. It's a brand new environment, there are probably ten times more people. It's the start of growing up.'

Rosie-Anne Wright is working with Fixers to help young people with the transition from secondary school to sixth form college - a move which she initially struggled with herself.

The 19-year-old, along with her group from Taunton, created an animated film to help reassure young students who will be going on to further education.

She told her story on ITV News West and West Country on October 5.

She says: 'Academically, sixth form college is drastically different. I don't want to scare anyone, but you do way more assignments and coursework.

'If you don't do it then it's your own issue, so you have to use your own initiative when it comes to your own learning.'

He says: 'Rosie making the film is a great opportunity for young people to see how other students perceive the transition.

'There’s a big change when you go from secondary into a sixth form that can cause some students to be very fearful of the environment.

'They can worry about things such as what to wear every day, where to go at lunchtime, who’s there to support them and what other people are going to think of them.'

Rosie-Anne adds: 'I hope the film just proves to students that they're not alone - everyone’s scared. For some teenagers it is a big change. There's a fear of being uncool but you're not.

'I hope parents, teachers, and adults in general understand that this is a hard time for students, and that other colleges can use the film and help students feel a bit more confident during this transition.'