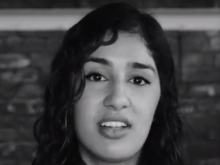 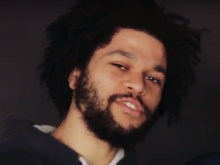 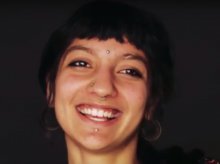 Young person talking about multiculturalism in the film

Twenty-five-year-old Zahra Dadd grew up in Birmingham within a Pakistani family, and she now celebrates both the British and Pakistani aspects of her cultural heritage and her identity.

Now Zahra is encouraging others who have a dual or multiple heritage to embrace their own mixed identities.

She didn't always feel so confident. Growing up in a mostly Caucasian area of Birmingham, she found it hard to fit in with her peers at school, and often tried to hide her heritage in order to be accepted.

She's made a powerful film with Fixers encouraging others in her situation to understand that having more than one culture doesn’t make you any less British.

‘I was one of around five people in my year group who did not fit into the Caucasian British category and always felt excluded for being different,’ she says.

‘This led me to try to assimilate as much as possible, however it was only in later life that I realised my Pakistani culture is important and that this should be celebrated.

‘Hiding it gave me a feeling of shame of an essential part of my identity, which I then had to change my attitudes towards as an adult.

‘I would like my project to stress the importance of integration whilst also embracing your cultural differences and spreading the message of tolerance.’

Zahra’s film uses a poem, which is intertwined with young peoples’ testimonies of what it was like growing up in Britain in multicultural households.

She hopes to take it into schools and colleges encouraging others to be proud of their dual or merged backgrounds.

She adds: ‘I hope to achieve awareness amongst the community surrounding the challenges others like myself can face in Britain.

‘I hope it can encourage individuals to embrace all of their cultural identities without necessarily having to choose one in order to be accepted.’