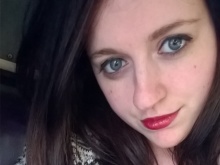 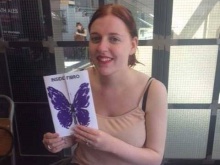 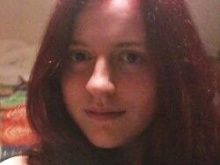 A young woman, who suffers from a rare condition which leaves her in constant pain, is showing that just because people can’t see her illness it doesn’t mean that it doesn’t exist.

Kelsey Makepeace-Lewis from Bristol was diagnosed last year with Fibromyalgia, a disease which affects the central nervous system and can often leave her bedbound for days.

However, the 20-year-old says because her condition isn't immediately obvious, few people understand or empathise with her.

Hoping to encourage greater understanding, she has teamed up with Fixers to create a leaflet campaign explaining more about the illness so people can better support others in her situation.

‘I would often get pains as a teenager which radiated around my whole body,’ she says.

‘Sometimes even giving someone a hug or putting make-up on my face can be agony for me.

‘But often, people look at me and assume I’m perfectly fine.

‘One time a lady told me off for sitting in a disabled seat on the bus. I had to explain myself in front of everyone. It’s so embarrassing when that happens.’ 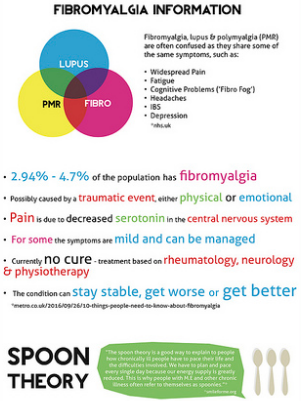 Her attendance at school suffered, and later Kelsey would often be too ill to work because of her condition, which can be aggravated by stress.

As well as targeting health professionals and the general public, she hopes her campaign can help employers to understand some of the difficulties those with Fibromyalgia face in the workplace.

‘I want employers to be sensitive to their employees' needs and understand how best to support them,’ she adds.

‘My aim now is to educate people so they won’t be too quick to judge people like me and take the time to understand what they might be going through.’

Kelsey, who plans to share her leaflets in doctor's surgeries, schools and offices, says working with Fixers has given her the courage to open up about her story.

‘It’s made me more confident to share my experiences without fear of being judged.

‘I hope my campaign can make people think twice before they make assumptions about others. You just don’t know what someone might be going through.’