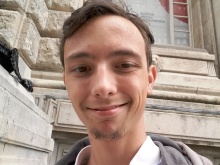 Craig Hadwin has created a poster 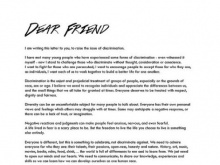 A young man who became scared to leave his house after suffering bullying at school is encouraging people to celebrate differences instead of being discriminatory.

Craig Hadwin, 24, from Liverpool, has created a poster asking people not to make judgements about someone based on their race, religion, sex or age.

It contains a heartfelt letter he has written about how harmful negative assumptions can be.

‘I was bullied when I started secondary school and that led to two years of anxiety and fear of leaving my front door,’ he says.

‘Another child started shouting names at me, then I started getting pushed around and there were a couple of times when I was sent home with black eyes.

‘One day I got to the school gates and I just couldn’t go in. There would be days when I wouldn’t even leave the house.’

After seeing a psychologist every week, Craig was able to return to school when he was 13.

He wants to prevent other young people being subjected to bullying like he was.

‘I lived in fear once before and swore that wouldn’t happen to me again. No one should have to go through that,’ he says. 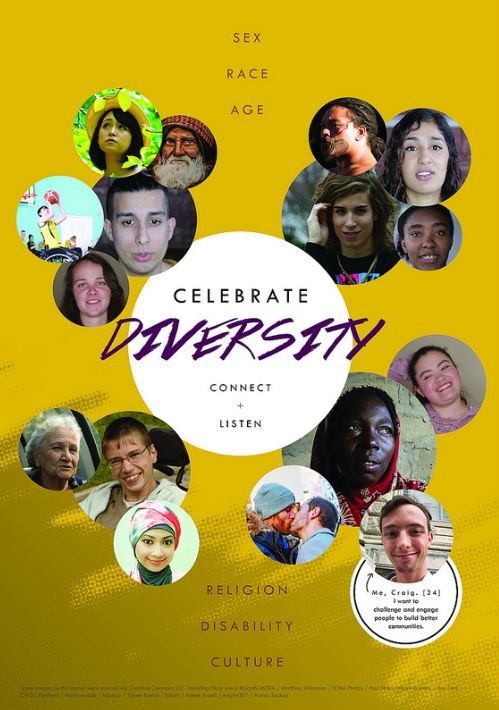 ‘I think Brexit has had an impact on people’s attitudes and hate crimes have gone up,’ he says.

‘I’ve met many young people who have experienced some form of discrimination.

‘I’ve heard people say things about people from different ethnic backgrounds like ‘go back where you came from’ and ‘why are you here taking our jobs and homes?’ and using racist words.

‘I believe we need to recognise individuals and appreciate the differences between us.’

He hopes to share his posters in community centres and universities, and wants to make people think twice about discrimination and realise the benefits of a diverse society.

‘Culture, diversity and equality have helped us to achieve a lot – I think people take that for granted,’ he says.

‘People don’t always think about the reasons why things have changed and all the good that it has brought.

‘One hundred years ago, when there was less ethnic diversity, we wouldn’t have been able to go to different places, try different foods and meet new people, so just embrace it.’

Craig's project was supported by the Wellcome Trust.