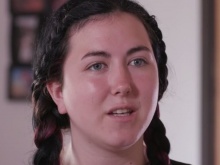 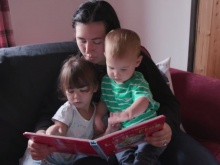 Jessica developed postnatal depression after the birth of her second child 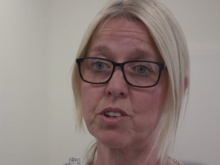 'When my son was born I knew there was something wrong from the start, because I didn't feel the rush of love I had with my first child. I didn't think it could be postnatal depression because I wasn't crying.'

Mother of two Jessica Atkinson, 24, had postnatal depression after the birth of her son Alfie.

Jessica, from Crediton in Devon, is now working with Fixers to encourage other mothers who may be suffering in a similar way to open up about how they are feeling and seek help.

She told her story on ITV News West Country on July 6th.

'I want other parents to know that postnatal depression is more common than we think,' she says.

Jessica said that she covered up how she was feeling.

'I wanted the rest of the world to think I was coping. When it started to become tough, the images I saw on Facebook and Instagram of happy families frustrated me, but it didn't stop me from also posing for similar photos.

'I would post hashtags saying 'so happy' and 'lovely new family' and yet I remember those days were actually quite bleak.'

After four months, Jessica had a break down.

'I couldn't mentally and physically cope anymore. I was patting Alfie to get him to sleep, both my children were crying uncontrollably and I just kept patting him and it was getting harder and faster. I just stopped and burst into tears.'

She began her road to recovery with the help and support of the perinatal mental health team in Exeter.

'I've been amazed at different counselling methods available. For some people medication isn't needed but for me it's something that's really helping me,' she says.

She says: 'We know that 10 to 15 per cent of women experience postnatal depression, there are routine enquiries throughout pregnancy and the postnatal period about their emotional wellbeing and mental health, however stigma can often get in the way.

'Jessica is an inspiration whose openness about her own issues will beneft other women.'

Jessica blogs about her postnatal health issues and with a friend has started a local support group.

She hopes her Fixers project will encourage more parents to seek the help they need.

'I really want people to feel they can reach out not only to their friends and family, but also to health professionals because it is something you need help recovering from.

'If more people are open about their issues then other people won't feel ashamed to talk about them.'