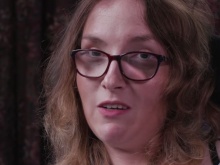 Lauren wants to show how bullying can impact someone with disabilities 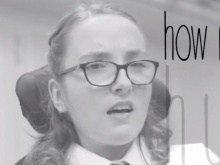 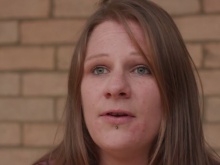 "I was regularly bullied at school, literally every day. I would go in and they would find some way of making me cry.'

22-year-old Lauren Taylor was born with cerebral palsy, which affects all four of her limbs and means she has to rely on a wheelchair.

She is working with Fixers to show how bullying can impact someone with disabilities.

She told her story on ITV News West on July 6th.

The bullying she experienced at school consisted of verbal abuse and physical attacks, including the perpetrators jumping on the back of her wheelchair and spitting at her.

Lauren, who lives in Bournemouth, reported the bullying to teachers but never felt the action taken was enough to deter her tormentors.

Lauren has always enjoyed music and singing and writes her own songs. She decided to write a song about the bullying and with Fixers she turned the song into a music video.

'My film shows people writing down words that the bullies insulted them with and then ripping them up to say we're stronger now because of your insult,' she says.

She is determined to show bullies they cannot win and hopes her film will encourage other young people who are being bullied to speak up about what they are going through.

She says: 'It's really shocking that bullying continues to take place. I work with lots of young people with disabilities who haven't got the confidence to challenge bullying when it happens and think that's the way life is.

'Having films like Lauren's, which can really inspire young people to report what they are going through, is vital.'

Lauren adds: 'I want my song and film to show we are normal people and even though we have disabilities we still have feelings.

'Bullies need to understand the consequences of what they're doing and I hope I can help other people being bullied at the moment to speak up.'

Strength From Bullying 5th May 2017