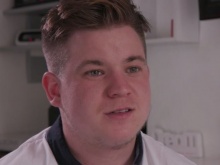 Ben wants to encourage openness about being transgender 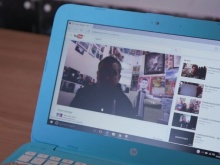 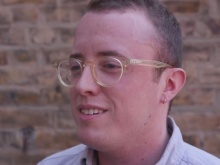 'I was born female but from the age of two I knew I wanted to be a boy. I did not associate with being a girl in any way whatsoever.

'Being gay is one thing but saying you’re trans and changing the gender you were born with is a massive thing that people still struggle with.'

Ben Evans, 21, is working with Fixers to encourage openness about being transgender.

He told his story on ITV News London on July 6th.

Ben, who lives in Southfields near Wimbledon, says: 'When I was about 10 or 11 I decided I had to find the reasons why I felt I was a boy trapped in the wrong body.

'The internet has made a huge difference for people that are figuring out who they are.  I discovered there were other people out there that felt the same.

'I’ve been taking hormones for two years and eight months now. I’m able to speak and not worry about people picking up on my voice and being too feminine and as you can see facial hair’s coming through finally.

'I used to wear a binder, which makes your chest flat, and it was not comfortable. Six weeks ago I took the step of having top surgery - which involves taking the breasts away - to have that more male chest look which I’ve always dreamt of.'

Ben has been keeping a video diary of his transition.

'Within the trans community there are fears around surgery and even hormones,' he says.

'I want to help others see exactly how the process is.'

The campaign is supported by Jamie Pallas from community interest company Gendered Intelligence.

He says: 'I think it’s really great that Ben’s sharing his story to support other young trans people and I think it would be great if schools could actually lead from young trans people out there and improve their education so that everyone gets to learn about what it means to be trans.'

Ben adds: 'I hope that me being open will help other people to make their changes and will help the wider community understand the process of being trans and know what we have to go through to be who we are.'