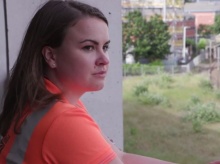 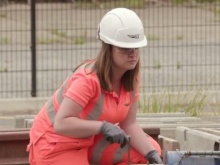 Nichola works for Network Rail as a signalling technician 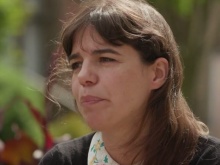 ‘When I wanted to apply for a job in engineering, I had some negative responses just because I was female. That only makes me more determined to prove people wrong.’

Nichola Wright, 21, from Consett in County Durham, is working with Fixers to inspire more young women to take up engineering as a career.

Working as a newly-qualified technician for Network Rail, she knows first-hand what it’s like to be outnumbered by men in the industry.

‘We need to try and encourage more women into engineering because there’s so much talent available,’ says Nichola.

‘If more of them were confident enough to apply for a job in engineering, then they could make a real difference.’

She shared her story on ITV News Tyne Tees on July 6th.

‘I never thought I’d end up doing a job like this, because I always thought when I was growing up that engineering was more of a man’s job,' she says.

‘But now that I’m actually in the job, I’m determined to teach other girls that that’s not the case.’

Nichola started working with Network Rail via their apprenticeship scheme, and now works as a signalling technician.

‘I’m the only woman in my team, and on the front line, 97 per cent of all employees are male, so there are very, very few women doing the job that I do,’ she says.

‘Women make up just under ten per cent of all engineers in the UK, and that’s a really low proportion compared to other European countries,’ she says.

‘Many women would be brilliant engineers and they’re not doing it because their parents, teachers, their careers advisers have never talked to them about it and so they don’t even consider it.’

Nichola is keen to stress that just because she’s working in what is traditionally seen as a ‘man’s world’, it doesn’t mean that she represses her femininity.

‘I’m definitely very feminine and I like to bring that into the workplace,’ she says.

‘I’ve got pink tools and I get my nails done all the time. Everyone knows I’m very feminine when I’m at work.’

Nichola adds: ‘I would be incredibly honoured if I was able to change the mindset of young women into thinking, 'you know what I will apply for that engineering job'. Helping them to make such a life changing decision would be amazing.’