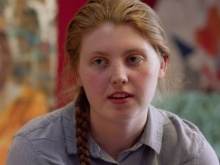 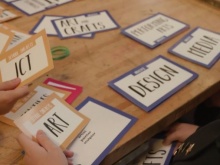 Jemma has created a flashcard game with Fixers 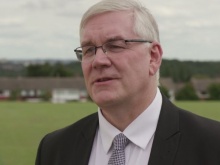 ‘Art and other creative subjects like drama and music are always going to be around. There’s nothing that can replace them.’

17-year-old Jemma Watson, from Pudsey in Leeds, is determined to show younger school children, especially in primary schools, that there are jobs in art and creative subjects.

She believes creative subjects should be taken more seriously in school, and is concerned that young people are forced to make a choice between ‘academic’ or art subjects.

She told her story on ITV News Calendar on July 6th.

‘Art as a subject definitely can be seen as not being serious,' she says.

'With my group of friends it was always 'you don’t actually have to work, you don’t have to learn anything, just do a picture'. But it’s much more than that, it’s all the hard work and time that goes into it.'

‘No robots or mechanics can actually go out and do a picture the same as we do pictures, they can’t go and take photos unless there’s somebody behind there creating the photo.’

With the help of Fixers, Jemma has created a game for primary school children, which asks them to match cards from three different sets; one giving different industries, the second listing school lessons, and the third listing skills and equipment.

The matched cards show routes into various creative jobs and indicate the lessons a child needs to take in school.

‘The aim is for them to understand that there are creative jobs out there. If you take art for example, you can’t just be an artist, there’s so many other jobs you can get with that,’ she says.

Andrew Eastwood, Chief Officer for Learning Improvement at Leeds City Council, supports Jemma’s belief that society is changing, and there are a growing number of creative jobs.

‘There are many more jobs for people who have studied in the creative world and there’s lots of opportunity for them to make not only as a hobby or interest but a real career,' he says.

‘A lot of industry is now based around those creative arts, not only the theatres, and we have a lot of those, creative dance, dance studios, music studios but also the world of digital media, game design and the graphics that go with magazines and games are all very important.

‘So it’s a growing part of the Leeds economy.’