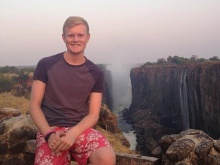 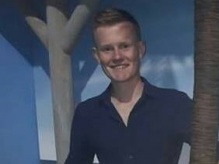 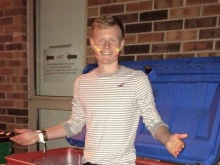 An undergraduate who is fed up of gender stereotypes in sport is determined to inspire the champions of tomorrow.

Lewis Wright, 20, is encouraging children to try activities regardless of whether they’re traditionally seen as being specifically ‘for boys’ or ‘for girls’.

So with support from Fixers, he has created a booklet entitled ‘Sports for All’ in a bid to change perceptions.

‘From past experience, I’ve noticed that boys and girls can often feel like certain sports are not for them,' says Lewis, who is studying Sport, Exercise and Physical Activity at Durham University.

‘I’d love for this booklet to help change that.

‘When I was at school I found that boys were pushed into sports such as football, rugby and cricket.

‘We were rarely provided with the opportunity to participate in sports such as netball, hockey and gymnastics.' 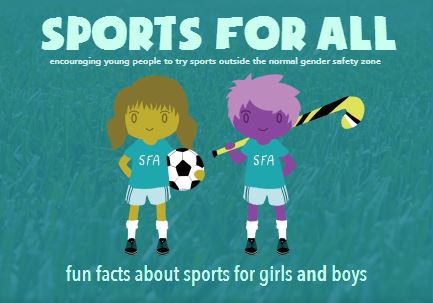 ‘I hope that this booklet will go some way to changing the perceptions of which sports are ‘for girls’ and which are ‘for boys’, and will provide students with the encouragement to try something new,' adds Lewis, who grew up in Bungay in Suffolk.

‘If it inspires one girl to try out rugby, or one guy to play his first game of netball, then for me I will have achieved something incredibly important.

‘If that success was to go a step further and inspire a young person to pursue their dream of going all the way at the Olympic Games or World Championships then I would feel pride like I have never felt before.

'I genuinely believe such an impact can be achieved through the simplest inspiration, breaking down barriers that are very much perceived and not actual.’

Lewis believes a key place to challenge gender stereotypes is in primary schools and hopes his leaflet will be used by PE teachers.

‘I would like teachers to just give the booklet a read, and realise that the sports listed are not out of reach for them in their PE lessons with children of any age, gender, or ability, and that the rules are very simple to learn,’ says Lewis, who began playing both rugby and football at a club level from the age of five.

‘There are so many benefits that playing sport can bring.  It not only helps to keep you fit physically and psychologically, but socially, it can bring people together, break down barriers and develop the confidence of participants of all ages, genders, and backgrounds.’