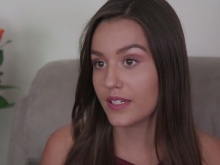 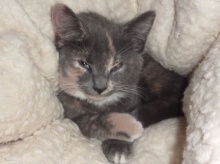 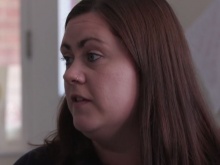 'After Nirvana passed away I felt alone. I felt scared. I felt broken. I hadn’t felt pain like that ever. I couldn’t face the world because I didn’t feel I could talk about loss that to me was like losing my best friend.'

17-year-old Megan Hinton, from Southampton, was given a kitten to help her get over having to move schools after being bullied.

'There were some things Nirvana gave me that even my close friends and family couldn’t,' says Megan.

Two years later Nirvana had an accident and passed away and it hit Megan hard. She admits she found her grief quite difficult to talk about.

Now, with Fixers, Megan has created a short film.

She told her story on ITV News Meridian (W) on June 8.

She says: 'The message behind it is that grieving for any pet is okay and it’s okay to feel the way you feel.'

Megan spoke to Rosie Riggs, a pet bereavement counsellor from the Blue Cross animals’ charity and asked if some people found it embarrassing to express grief over an animal.

Rosie says: 'I think sometimes people worry that it’s not socially acceptable to grieve for a pet as if they had lost a family member. But for most people that’s what it’s like.

'I think it’s really important for people to know there is support out there for them.'

Megan hopes her project will help people realise it is normal to grieve for a pet.

'I want to make life easier for people who are going through something so difficult, and to let people know they are not alone.'