Arthritis In The Young 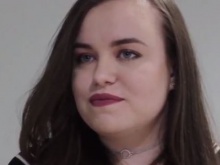 Amy wants to show young people can be affected by arthritis 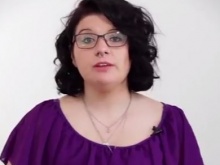 Raven Lane appears in the film 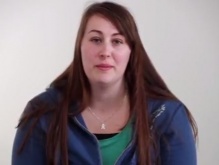 Alex Collins appears in the film

Three young women with arthritis are keen to challenge stereotypes and show that the condition doesn’t just affect older people.

‘I’d had joint pain for a couple of weeks but one morning when I woke up my knees were swollen and I couldn’t walk at all, I couldn’t even get out of bed,’ she says.

Amy and fellow campaigners Raven Lane and Alex Collins created the film with Fixers to show the symptoms they manage in a humorous way.

Symptoms of arthritis include joint pain, swelling and brain fog – which can cause forgetfulness and memory loss.

‘Brain fog can affect the simplest of activities. Sometimes you can be making something to eat and completely forget that you’ve done it and leave the cooker on,’ says Amy.

Raven adds: 'You can be making a cup of tea, go to get milk and get butter out instead and end up putting butter in your tea. It’s bizarre and you just have to laugh at those things.’

‘We made a light-hearted film because arthritis can be scary but we all try to look at it in a positive way,’ says Amy.

‘We wanted to reach out to other young people who have been diagnosed with it, and help them to feel less frightened and show that you can find a funny side to things too.’

Amy, who takes medication daily and uses a stick to help her walk, hopes the film will also make people more aware of hidden illnesses.

‘Sometimes when I ask for the key to a disabled toilet in a restaurant, if I don’t have my stick with me they’ll question it and ask me if I really need to use it,’ she says.

‘There have been times when I’ve told people I have arthritis, and they’ve said ‘you’re too young to have that’, so I hope this film will show young people can be affected too.’

Amy, who lives in Glasgow, adds: ‘We want to show the film in hospitals, so that teenagers who have just been diagnosed can see it and know they’re not on their own.

‘We also want to show it in schools, because it can be hard to be diagnosed with arthritis – it can sometimes take years – so we want to reach out to young people in schools who might have joint pain or other symptoms, so they can get some help.’

The group – who all met through the Joint Potential group run by Arthritis Care Scotland – launched their film at an event at Victoria Hospital in Kirkcaldy.

The event was attended by 20 people, including a number of rheumatologists.

Angela Cruickshank, from NHS Fife, said: ‘I loved the video. It’s nice to hear young people’s voices and I enjoyed the humour. It’s a great piece of work which I’ll share with paediatric nurses in Scotland.’