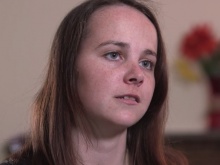 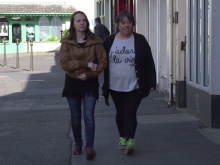 Lucy cares for her mum 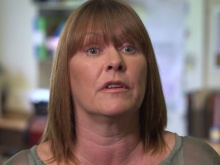 'I hate the law that prevents young adult carers like myself from being in full time education.

'In the future I really want to be a nurse, but I feel as if the system's up against me. I am only allowed to do 21 hours at college, not study on a full time course.'

Lucy Prentice's Fixers project is aimed at changing the law that prevents young adult carers like herself from studying on full time courses.

The charity arranged for her to tell her story on ITV News Wales on June 8.

Lucy, 19, who lives in Pencada near Carmarthen, looks after her disabled mother and attends college part time.

She would like to be at college full time but she would not be allowed to claim her Carer's Allowance if she attended for more than 21 hours a week.

Lucy says: 'The law is stopping a lot of young carers reaching their potential and being able to have a better job after having a good education.

'I'm worried that young adult carers are sacrificing their futures for the short term because they need the money there and then.'

Lucy's mother has had mental health problems after suffering a brain aneurism - a bleed on the brain - when Lucy was 11.

She now relies on her daughter to look after them both, but Lucy doesn't think that should prevent her from going to college full time.

Watch her Fixers film below.

Melanie Rees of Carmarthenshire Carers has praised Lucy for her campaign.

She says: 'As long as they're doing the 35 hours of caring, what they do in their own time surely is their choice.

'There are 168 hours a week. There's still plenty of time for somebody to study and still take on a full time caring role.'

'Young carers should be encouraged rather than discouraged to study.'

Lucy and a group of other young adult carers in Carmarthen are planning to make a film with Fixers to get their message across.

Lucy adds: 'I hope the project will encourage the people who choose the regulations and laws to think about the restrictions and hopefully change it.'