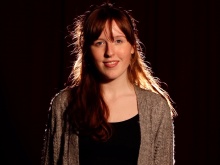 Ellie Rodger and her group are tired of being stereotyped 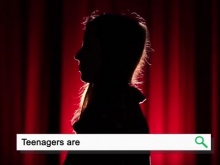 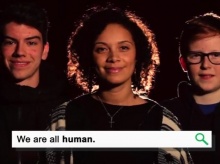 A group of teenagers are taking action to stop people from making negative assumptions about those they don’t know, because they say they're tired of being stereotyped.

16-year-old Ellie Rodger and her team from Banchory have made a film with Fixers to show how people can make judgements without knowing all the facts.

‘I think some people have stereotypical ideas about teenagers – like we’re lazy or don’t put in enough effort at school, or that we go out drinking all the time, but that’s not the case for everyone and we do work hard,’ she says.

‘A lot of us in the group have experienced varying degrees of judgement and it’s made us passionate about tackling inequality.

‘We want our film to tell people to remember that we are all human and that we should respect each other.’

The film shows a number of search terms and asks the viewer to complete them in their head, such as 'teenagers are...' and 'Scottish people are...' with the aim of showing how people can make assumptions about others.

Ellie adds: 'We hope this will encourage people to get to know someone before making a judgement.

‘People call others names because it’s something they’ve heard before – I’ve seen it happening in the wider world, with the refugee crisis and racism. It breaks my heart, and I feel like I need to do something about it and spread a more positive message.’

The group plan to share the film on social media and will be launching it at an event held at Banchory Academy - the school they all attend.

Ellie hopes it will be seen by a large number of students.

‘All of us experience discrimination because of something and schools can be judgemental places. All of the students are very different and have unique life experiences but have been grouped together because of their age,’ she says.

‘We want to help people in our school get along with each other because it is such a diverse place and it would be good to remedy some of the discrimination and stereotypes that are causing young people hurt and upset.'