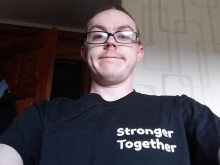 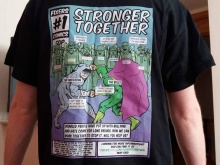 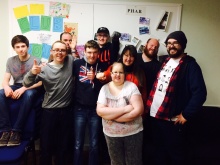 A young man with learning disabilities, who says he has been bullied and made fun of, is working with a group of friends to shine a light on the issue and prevent it from happening to others.

Stephen Quigley, 25, and his team from Falkirk, helped create a superhero-themed poster urging others to resist hate crime by tackling it together.

‘I hope my campaign shows that hate crime against people with learning disabilities is wrong. It’s a big issue in today’s society and it affects us very badly,’ he says.

‘A lot of people with learning disabilities find it hard to communicate and need help to stand up for themselves.’

The posters have a comic book style and show how people can come together to stop disabled people being bullied.

Stephen, who lives in Grangemouth, says he has experienced hate crime first hand and has friends who have also suffered bullying. 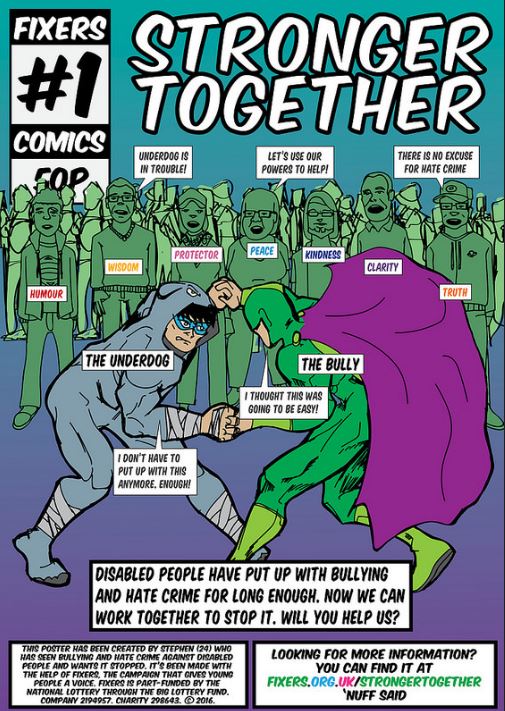 ‘After falling out with a group of friends I would experience hate crime when they’d meet up – they’d do things like use my phone number and email address to order takeaways without my permission, and once I ended up with the police and ambulance services at my door after they reported an alleged disturbance,’ he says.

‘A friend of mine has been made fun of because of how he talks, another was constantly persecuted while working in a pub and a third one was bullied after leaving school to go to college.’

Stephen hopes to share the posters in a number of locations including libraries, police stations, day centres, schools and colleges.