It's Easier To Ask 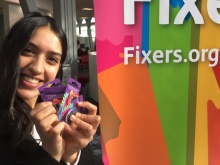 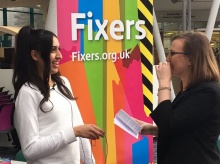 Simran launched her campaign at the University of Derby

A young woman who sought counselling after suffering from low self-esteem is encouraging others to do the same with badges that have the message ‘it’s easier to ask’.

Simran Kaur made the badges with Fixers in a bid to reduce the stigma of mental illness and encourage people to seek support instead of bottling up their feelings.

‘I hope this will lead to more people opening up and having conversations with their friends and loved ones. '

'The more mental illnesses are spoken about the more people will understand them,’ she says.

The 20-year-old, who lives in West Bromwich, struggled at school after making the transition into sixth form.

‘The friends I made in year 11 all went their separate ways to different colleges and I felt incredibly alone,’ she says.

Click on the image below to view the badges 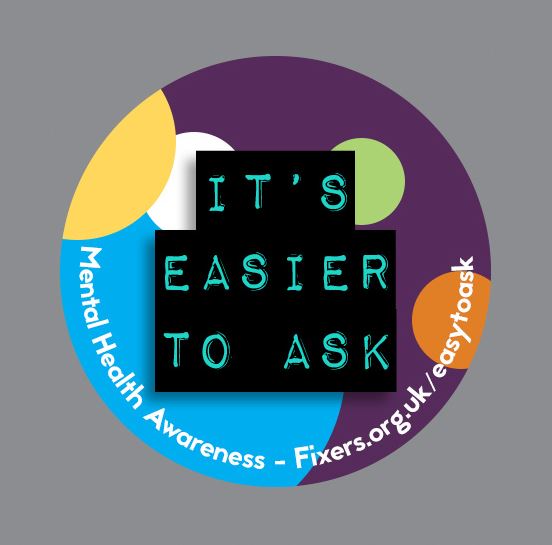 ‘That developed into massively low self-esteem and lack of confidence. I wasn’t myself and I felt so upset all the time.

‘My grades suffered and I wasn’t able to maintain any friendships – I felt like I wasn’t going to achieve anything.

‘After about six months of feeling awful every day I went to the doctor and told them that I needed counselling and when I got the help I needed it was such a relief. It was the best thing I could have done and I am much better now.’

Simran says that counselling provided her with valuable coping mechanisms.

‘My counsellor suggested keeping a diary and now when I’m going through a difficult time I’ll write it all down. It feels productive and it really helps me,’ she says.

She plans to share the badges in schools, colleges and universities.

‘I want to show people in distressing situations that there is a way out of it,’ she says.

‘I hope the badges encourage people struggling with mental illnesses to reach out. You can get the right help – all you have to do is look for it.’

Simran studies psychology at the University of Derby, where her campaign was launched.

One person who attended the event said: ‘As someone who has suffered with mental ill-health myself,  I’m so pleased that someone is using their own initiative to get people talking about mental health conditions so openly on campus.’

Simran's project was supported by the Wellcome Trust.