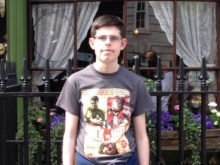 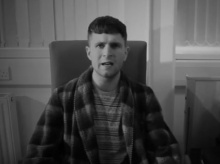 Eoin made a film with Fixers 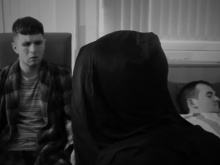 The lead character in the film has a conversation with 'Death'

A teenager has made a film with Fixers encouraging young people to sign the organ donation register and ‘give someone else the gift of life’ before it's too late.

Eoin Godfrey was moved to take action after his aunt's life was saved when her brother donated his kidney.

She had polycystic kidney disease, which makes cysts develop in the kidneys and cause them to fail.

He says: ‘At the time of her transplant I did some research into the numbers of people signing up to be donors and discovered that while statistically a lot of people support the idea of organ donation in Northern

Ireland, in reality not many people have signed up to do it.’

Eoin describes the ideas behind his Fixers film.

He says: ‘I made a short film in which the lead character realises he has died and has a conversation with ‘Death’  - which finishes up with them discussing how, if he had been on the organ donor register he could have saved the person in the hospital bed beside him.'

Eoin wants to make young people aware that while children need to be over 14 to sign the organ donation register in Northern Ireland, their parents or guardians can register them before this age if it is something they want to do.

He says: ‘Young people might not realise that they can either sign up or tell their parents that they want to donate – I hope my film makes them aware of this and encourages them to give someone else the gift of life.’

Eoin plans to share the film in schools and health centres.

It was launched at North West Regional College, where Eoin studies media production.

One student who attended the screening, Connor McCallion, says: 'Eoin's film shows it's possible to use dark humour to make a serious point. I think this is a very effective film and it will definitely get young people thinking about signing up to be organ donors.'

Another, Molly McHale, added: 'The film is short and funny enough to keep you watching until the end and it makes a very serious point in a light-hearted, but not flippant, way. Coming from Donegal it has made me think about what the rules are for organ donation on that side of the border.'