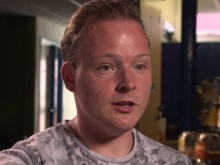 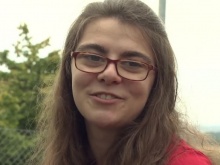 ‘I love wheelchair basketball for the camaraderie, the laughs, keeping fit and being part of a team. It’s good to have people around you who have got differing disabilities and face adversity as well.’

James Ireland was born with spina bifida and is paralysed from the waist down, so he uses a wheelchair to get around.

The 24-year-old from Southend-on-Sea, Essex, is campaigning with Fixers to get more disability sports shown on mainstream television.

He told his story on ITV News Anglia on February 2 and on ITV News London on February 6, and created a poster. Watch the film at the top of this page and see the poster below.

He says: ‘We have the Paralympics every four years and the Invictus Games every two years. But there’s so much more to disability sports than those two.

‘I don’t think the general public seem to realise that disability sports happen 365 days a year. It’s happening on a weekly basis – but none of that gets covered.’ 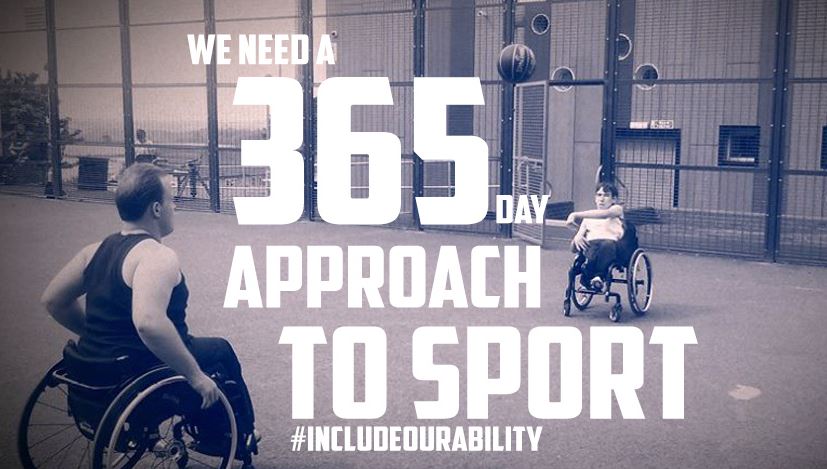 ‘It shows that what difference there might be in physical ability, we can still do something together.’

Simeon Wakely, who also has spina bifida, has been helping James with his project.

‘As someone who has played sports for the last eight years, I know that being in a team, being around people who understand what you are going through is very important.’

The pair have the backing of Paralympian Sophie Kamlish, who competed at Rio 2016.

She says: ‘It’s important that people who are disabled see themselves represented on TV, especially in sports showing we are strong and we can do pretty much anything a non-disabled person can do.’