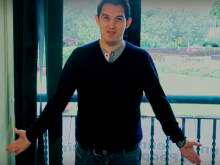 Stephen wants more respect for those with learning difficulties 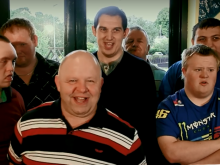 The group made a film with Fixers to share their message 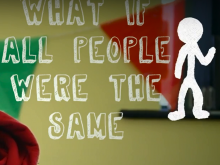 A group of men with learning difficulties have made a film with Fixers encouraging people to celebrate their differences.

The friends, who are from Ballymena, County Antrim, say they are discriminated against and treated differently.

Stephen McCann, 33*, says: ‘Often when we are in public, people act differently around us.

‘It makes us feel alienated. Some think that because we have learning difficulties, we cannot do anything.

‘Our aim is to highlight the fact that difference is good. If everyone was the same, the world would be a boring place.'

The short piece features members of the team encouraging people to celebrate each other’s differences and to end prejudice.

Stephen, who works in a local pub, adds: ‘We would like the general public to respect people with learning difficulties.

‘Sometimes, a difference that is perceived as negative by others is not viewed in the same light by the individual.’

The group screened their film at an event earlier this month at the Ballymoney Compass Advocacy Network, a charity for people with learning disabilities, to around 50 people.

Stephen’s dad, Colm McCann, says: ‘The Fixers film featuring our son Stephen is fantastic. Stephen really enjoyed being involved in making the film and felt like the Fixers staff listened to what he had to say through the whole process.

‘It's good to see how it was received by the audience at the screening. The message is one that everyone needs to hear and respond to.’

*Fixers works with learning disabled people of all ages.