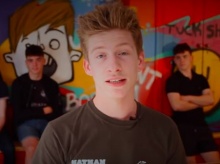 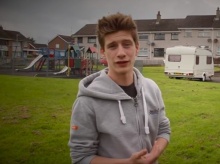 Nathan says the playground is not suitable for teenagers 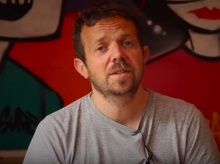 A group of teenagers who are frustrated with the lack of facilities for young people in Waringstown, Co Down, are lobbying the local council.

With Fixers, they have created a film showing that there is little for teenagers to do – which can lead to people making complaints to the police when they see them congregating.

‘We are trying to lobby the local council and other funders to raise awareness about this lack of facilities and how we can improve them.’

Nathan says that a playground is provided by Armagh City Banbridge and Craigavon Borough Council, but it is not suitable for teenagers and that although there is a football pitch at the local primary school it cannot be accessed without permission.

The film features interviews with politicians, a police constable and a community pastor - who all agree that the lack of facilities for young people are problematic.

Nathan, who is studying for a level three extended diploma in IT at Southern Regional College, hopes to set up further talks to spread the message.

‘We have been trying to get in contact with members of the council and MPs to address the lack of facilities. We are looking to arrange a number of talks and want the whole council to understand the issue,’ he says.

Community pastor Neil Harrison says that although there is a youth centre it is limited in terms of size and space – meaning a number of young people can’t access it.

He says: ‘There’s most definitely a need within our village to have a facility set aside for young people on a regular basis where they can come and spend time with their friends in a safe environment.'

Nathan hopes that the Fixers film will encourage people to think about solutions to the problem.

He says: ‘I believe we can all work together in order to address these issues.'