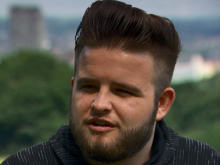 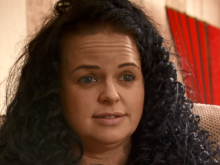 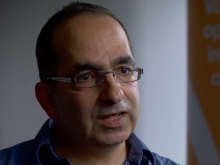 'Growing up around here was very tough. I used to get in a lot of trouble.  I was drinking, fighting, setting fires. I’m on a different path now - a positive path. Instead of getting up to no good, I throw myself into charity work and try to make a difference to the community.'

After being written off as a 'failure' by his school, Lewis Pask is telling the story of how championing good causes has helped him turn his life around, and make a difference to other people.

With Fixers he made a short film which was broadcast on ITV Yorkshire on September 9.

The 19-year-old from Sheffield tells ITV how he was excluded from school without any qualifications, before finally realising he needed to make a change.

He says: 'I knew I had to start taking a good path in life instead of going down a bad one.

‘I started helping other people out and putting people first.

'I do a lot of charity football matches; I’ve done a charity concert and a charity run.

'I’d say I’ve raised about fifteen thousand pounds so far. A lot of the money I raise goes towards the Little Princess Trust to help kids with cancer.'

– to take up the challenge of charity work, rather than be drawn down negative paths.

He says: 'I see now where a lot of young kids on estates messing about, drinking, smoking.

'My message is to get out of the house, help the community out and put something back into it.'

Roo Mahid from Voluntary Action Sheffield supports Lewis’s campaign, and explains the impact charity work can make on the volunteers themselves.

He says: 'Young people who are not engaged in any activity, in training, in education, will lose confidence in terms of what they can and can’t do.

'When they get engaged in volunteering and they see the difference they’re making, they themselves change in the process, and they arrive in a new place in their life.'

Lewis’s mother Michelle Booth has seen just such a change in her own son.

She says: 'He went from being a nightmare to someone with a big heart and doing anything that he could for anybody.

‘He was getting suspended every day. He was hanging around with the wrong crowd. His school actually said he’d failed – he’d failed himself.

'But now he makes me proud every day. I’ve seen a big change in him. He’s got a massive heart, which means more to me than GCSEs to be honest.'