Don't be a Bully 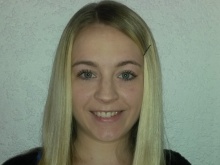 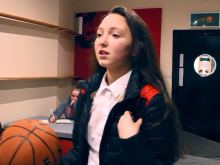 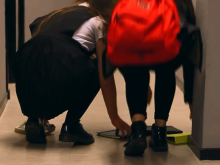 Jodie thinks anger has a domino effect on a person's behaviour

Letting your bad mood out on others can fuel a cycle of negative behaviour and even turn you into a bully, according to a youth worker from Glasgow.

Jodie Armour, 21, wants people to understand how anger can have a domino effect.

She says: ‘Sometimes we don’t realise how we’re being perceived and how we treat others.

‘I've met some people who were very disruptive and would often let their frustration out on others.

‘After a while this behaviour can get extremely intimidating. Before you know it, it’s part of your nature.’

With Fixers, Jodie and her team have produced a film which they plan to share in schools and youth centres.

The school drama follows a day in the life of a student, played by an actor.  Her behaviour towards other pupils progressively gets worse until she realises something has to change.

She says: ‘We wanted to show people the importance of keeping your emotions under control.

‘I think the film is very powerful because it shows that everyone has the power the change themselves for the good. You don’t have to behave in a way that hurts others.

‘Anger only breeds more anger, which doesn’t help anyone.’

The film was launched at a residential event organised by Arthritis Care Scotland - an organisation which runs different services for people of all ages who have arthritis.

Audience member Erin Candlish said: 'The video was very clear. If I was still at school I would recommend my guidance teacher to show it in PSE classes and assemblies.'