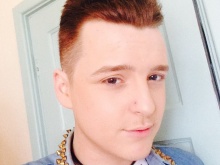 Richard Manning tells how he beat an addiction to recreational drugs 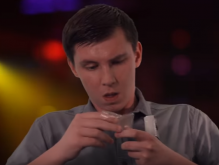 A young man who became so addicted to drugs that he slept with a goodbye letter under his pillow in case he died in his sleep, has told Fixers of his battle.

Richard Manning, now 22, first began taking drugs when he was 16 after he was offered the former legal high mephedrone when he was camping with friends.

He says: ‘It was an amazing feeling, I felt so happy and close to those around me and that was a feeling I wanted to recreate again and again.

‘For that reason, it quickly became addictive and I soon found I had to take more drugs to get that buzz.’

With Fixers, Richard, from Stoke-on-Trent, Staffordshire, has made a film showing how dabbling with club drugs can quickly spiral into a dangerous addiction.

Go to the top of this page to watch.

Soon Richard was going to house parties every week where he was given cocaine, ketamine and amphetamines for free from friends.

He says: ‘At first we were just going to parties and having laugh. People loved the atmosphere I brought so they would give me stuff for free.

‘But it soon stopped being experimental and I became obsessed with drugs. Sometimes I’d take them three days in a row and not even go to bed.’

Richard explains how his struggles with his sexuality fuelled his drug addiction.

He says: ‘When I was 15 I realised I was gay. At the time, I felt robbed. I felt like I would never have a family and kids or a normal life.

‘Back then I was too young to understand that being gay didn’t mean the end of the world. I was confused and struggled to make sense of my feelings.

‘I began binging on drugs because I didn’t want to face up to reality.’

Richard’s drug addiction took a toll on his health and he lost three stone.

He says: ‘I found myself having panic attacks and blacking out a lot. One time I called an ambulance because I thought I was having a heart attack.

'Another time I came home and before I went to bed, I asked my sister if she would check on me every hour to make sure I was still breathing.

‘I was so scared I would die in my sleep that I wrote a letter to my family saying I was sorry for everything.’

Eventually Richard realised he had a problem and decided to seek professional help.

He says: ‘I caught my reflection in the mirror and realised I looked like a corpse. I imagined my mum identifying my body in the morgue and realised that this had to stop.

Richard referred himself for treatment with Druglink, who provided counselling and therapy.

Richard, who is a bar manager,  says: ‘It was really hard learning to live life without drugs and I relapsed three times before giving them up for good.

'But talking through my issues helped a lot and I'm now at peace with who I am; I no longer feel the need to hide from reality.

‘I want people to realise that you can be happy without drugs, and this time the happiness will be real rather than stimulated.

‘People tend to think of heroin and crack as the most dangerous drugs, but I want to show that club drugs can ruin your life too.’