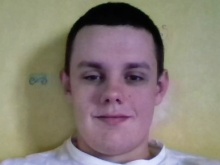 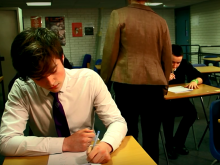 David is helping teachers deal with mental illness in students 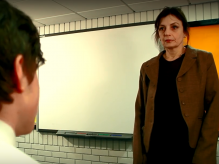 Teachers need to be more aware of students’ mental health issues and give them support, according to a group of young people from Livingston in West Lothian.

David Forrester, who attends The James Young High School, says his school is educating teachers on how to help pupils with mental illness.

The 17-year-old, who has suffered from anxiety and depression, says: ‘Some of my teachers have been good and said, "if you want to talk, we’re here for you". It’s important that all teachers are like that.

‘Sometimes teachers don’t see pupils as an individual person with specific needs. They don’t really see what happens outside of school or in other classes.’

David adds that talking about mental illness is nothing to be ashamed about.

He says: ‘It’s important that teachers make it clear that depression is not a sign of weakness.

‘It’s weaker to pretend you haven’t got a problem.’

He says: ‘They think they are going to be judged or made to feel that they are different.

I guess it’s just because if they have a problem sometimes they don’t want to appear weak to their peers’.

With Fixers, David and a group of other students have made a short film which is aimed at educating teachers about mental health issues.

David says: ‘We wanted to highlight pressures that pupils might feel, for example, during exam time.

‘One of the actors has depression, one has Asperger’s and one has insomnia.

‘Just because a pupil says they are ok, it doesn’t mean they actually are.

‘We hope this film will help teachers support their pupils.’