Speak Out About Mental Health 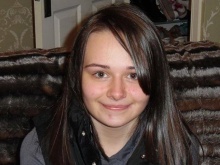 Rachel stresses the importance of talking about mental health 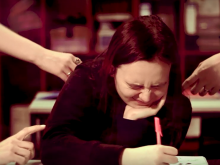 Rachel has suffered from anxiety and depression 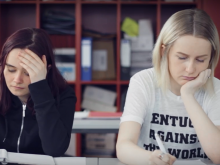 A teenager who suffered from anxiety and depression is concerned that some young people can be too scared or ashamed to open up about how they are feeling.

Rachel Anderson wants to emphasise how important it is for youngsters to talk about what they are going through and to seek help early.

The 16-year-old, from Newcastle upon Tyne, says: ‘It’s not as taboo as it used to be but mental health is still not something that people really talk about, even though a lot of people have issues.’

When Rachel started having panic attacks, she was confused because she didn’t understand the root of the problem.

She says: ‘To start off with I had no idea what they were. All I remember was thinking that my chest is really hurting and my head’s hurting and I’m going to faint.

‘It would have been easier to cope with if I’d known what was going on. Schools need to teach people what it means to have a mental health problem and how it can affect your health.'

She says: ‘Just because an illness is invisible it does not mean it’s not there.

‘I was surprised to discover that one in four people will go through some kind of mental problem in their life, so there are lots of us out there – a quarter of the UK.’

Rachel and a group of friends from school have made a short film with Fixers which focuses on the experience of a 16-year-old who is struggling with mental health problems.

The film shows how simple things like having someone friendly to talk to can help when things are bad.

She says: ‘The idea of the film is that we show what a difference sharing experiences can make to someone. People should start opening up a bit more and the main message is that, you are not alone.

There are many people with mental illness.’