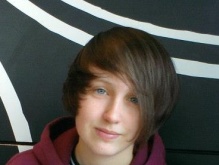 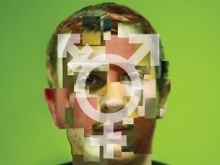 Dan has helped to create a Fixers poster campaign

A student from Hull has told of the moment he watched a transgender character on television – and realised he was the same.

Dan Cullen, who was born a girl, was watching girl-to-boy transgender teenager Kasey Barry on the BBC series Waterloo Road two years ago when he had the epiphany.

The 17-year-old says: ‘Growing up was a confusing time. I was a tom boy and liked sports such as skateboarding and football – just like Kasey.

‘I watched as Kasey struggled with her gender identity – and I related to every minute of it.

‘It opened up a whole new world for me, and suddenly everything made sense.

‘When I watched Kasey come out, it gave me the courage to do the same.’

Soon after, when Dan was 15, he announced his transition by changing his name and gender on Facebook.

He says: ‘At first, going back to school was hard and I was lonely. Like me, a lot of people didn’t know what being transgender meant.’

As a result, Dan would like to see more schools educating pupils on different gender identities.

With Fixers, he has created a poster which he hopes will be displayed in classrooms, with the message “Who am I? My identity is not defined by my body.’ 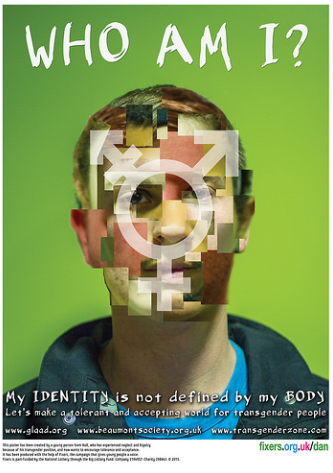 Dan, who is studying chemistry, photography and ICT at Hessle High School sixth form, says: ‘When I came out, a lot of people refused to accept who I was.

'My girlfriend at the time couldn’t take it and continued to call me my birth name, so we split up.

‘It took a while for people to realise that I was still the same person deep down.’

One year on from the day Dan changed his name by Deed Poll, he is happier than ever.

He says: ‘It felt so much better having everything out in the open, rather than having to hide who I really am.

‘I hope my story inspires any young people who are questioning their gender identity, that there are others out there who have been through the same journey and can support you.’