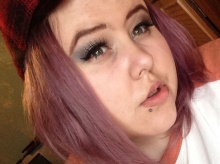 Jay Anderson has battled mental illness since he was 13 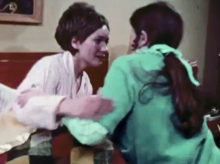 Jay says support from your family is important 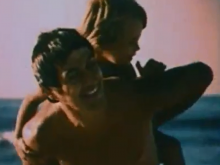 Scene from the Fixers film

A teenager who has battled anxiety and depression since the age of 14 has made a moving film with Fixers showing how his mum supported him during his darkest days.

Jay Anderson wrote the heartfelt poem, which he narrates in the film, to show how important another person’s support can be.

The 16-year-old says: ‘Without my mum I would not be here. I know not everyone is as lucky as me to have such a supportive family, but I want others to know that there is always someone to talk to.

‘At the time, you feel like no-one will understand you, but they will always respect what you have to say and will find a way to help you.’

Jay, from Newcastle, explains how over the course of a year his depression and anxiety got worse, to the point where he began hallucinating.

He says:  ‘I would see a tall, intimidating man, covered in cuts and bruises. He was with me all the hours of the day.

‘He would tell me to hurt myself and I was so scared that I would do as he said.’

Concerned for her son’s safety, Jay's mum took him to see their GP, who referred Jay to a local mental health specialist team for treatment.

He says: ‘I had to wait a long time to get the care I needed. It was only because my mum was there for me that I managed to get through it.

‘I write in the poem: “If you feel like you have no purpose, I will remind you that you were made purely of love, and every pain you feel, I feel too,” because she’s been there with my every step of the way.’

Watch Jay's film at the top of this page.

Jay, who is studying health and social care, hopes his film will show others suffering from mental illness they are not alone.

‘Now that I’m receiving psychotherapy, my mental health has improved and I feel much better in myself.

‘I hope my film makes people realise there are people they can turn to for help.’