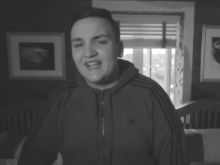 Owen rapping in his video 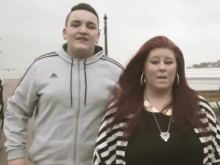 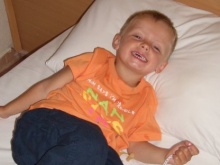 An aspiring teenage rapper who lost his little brother in tragic circumstances is determined to inspire young people to follow their dreams whatever life may throw at them.

Owen Leach, 15*, from Sheerness in Kent, went to seven different secondary schools and youth behaviour units because he kept getting into trouble, but says music is helping him to turn things around.

Owen and his friend Charlie Fulljames, 22, who provides vocals on the track, hopes it will be shown to as many young people as possible.

Go to the top of this page to watch Owen’s film.

Owen discovered he had a talent for rapping after he got the chance to work with a music producer through the youth behaviour unit he currently attends.

‘When I started making music I decided I wanted to turn things around,’ he says. ‘I couldn’t settle down at school; I kept getting into fights and doing stupid things which I regret now.

‘I discovered I could express my emotions and get my feelings out through rapping rather than through anger.’

Owen’s brother Cody, three, died when he was playing outside their home in 2008.

He was hit by a motorist who did not see the little boy as he reversed off his driveway.

Owen, who was eight at the time, saw the accident and ran to tell his mum what had happened with his other brother Mason, then five.

‘Whenever I rap about my little brother it helps me to focus on all the good things about him,’ says Owen.

‘Music has helped me deal with what happened.  It has inspired me to send a positive message out there.

'I try my best with everything I do now and would love to pursue a career in music.  I want other young people to follow their dreams too and hopefully our music video will encourage them to do that.’

*Occasionally Fixers start their projects before they turn 16.