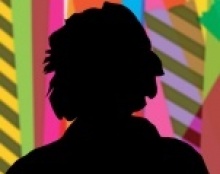 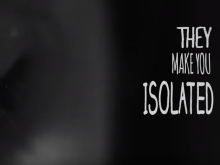 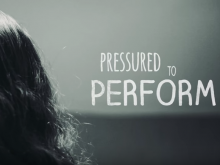 A woman who was in a controlling relationship for two years where her partner dictated everything from how much she weighed to what she was wearing, is working with Fixers to show that not all abuse is physical.

‘Astrid’, whose real name has not been used, says: ‘He started to take control of my life piece by piece, so much so that I barely noticed he’d taken away who I was.

‘It wasn’t until I left the relationship that I realised it wasn’t healthy. All my friends and family could see it but I couldn’t.

‘I loved him so I was blind to his controlling behaviour. You don’t notice what is happening to you when you’re in that situation.

‘This is how psychological abusers work – they bring you so low you have to depend on them.’

With Fixers, Astrid has created a short film based on her experience which aims to help victims spot the signs of abuse in a relationship. Go to the top of this page to watch.

The 21-year-old explains the relationship seemed normal at first, but over time, things began to change.

Astrid, who is from the West Midlands, says: ‘Little things started to change. I stopped going out and seeing friends, but I thought that was normal for couples when they first get together.

‘It wasn’t until afterwards that I realised how isolated he’s made me feel.

‘He broke me down so I felt worthless. He told me I had to change the way I dressed. If I looked too nice he wanted to know why, if I didn't look nice enough he said I hadn’t made enough effort.

‘He threatened to dump me if I got fat, so I began dieting and taking weight loss tablets.’

Astrid explains how the relationship quickly escalated to sexual abuse.

She says: ‘I felt coerced into having sex when I didn’t want to.

‘People think, 'how can you be abused like this when you’re  a couple.'

‘So my Fixers project is to educate young people who may be forming relationships for the first time.