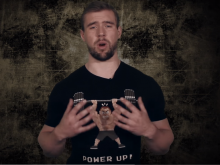 Ben talks about the dangers of steroids 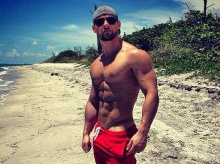 Ben trains five times a week to maintain his physique 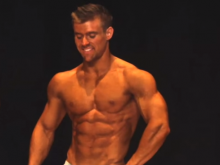 Ben at a bodybuilding contest

A bodybuilder who has seen the effects anabolic steroids can have on the body is campaigning with Fixers to raise awareness about the dangers of the illegal drugs.

Personal trainer Ben Mudge has worked in the fitness industry for five years and reports that steroid use is rife.

With Fixers, Ben has made a film, which he is using as part of presentation in local schools, to explain how steroids can have a negative impact on the body.

Go to the top of this page to watch Ben's film.

The 25-year-old says: ‘Steroids are rife in the body-building industry but I got fit the hard way. That’s not to say that I haven’t been tempted – because everyone was taking them that normalised it and made it seem okay.

‘I’ve seen people in changing rooms injecting themselves in their stomach or in their bums - it’s horrifying.’

Sportsmen use steroids, which are similar to the male hormone testosterone, as they can improve endurance and stimulate muscle growth.

Side effects include a change in mood, making the user aggressive or paranoid, hair loss, acne, and high blood pressure, which could cause a stroke or heart attack.

For Ben, from Belfast, keeping in shape isn’t just about sporting a pair of bulging biceps.

He says: ‘My goal is to be as healthy as possible – and steroids don’t work towards that goal. While they may appear to have positive affects in the short term, in the long run, they’re ultimately very dangerous.’

The long run is important to Ben as he has cystic fibrosis, a degenerative illness which causes the lungs to become clogged with mucus.

He says: ‘My journey started because I wanted to be as healthy as possible – and to live a lifestyle that boosted my life expectancy.

‘I see far too many people taking their health for granted all for the sake of a set of abs.’

Ben trains five times a week – a combination of weights and cardio. For him, it’s what keeps him alive.

Regular training has enabled him to keep his lung function at 98 per cent, a level seldom found in those suffering from cystic fibrosis at a similar age.

He says: ‘I’ve been told I should take steroids if I want to achieve this or that.

‘But luckily I realised in time I didn’t want to achieve that; I wanted to achieve a healthy, fulfilling future, even if it means I have to get fit the hard way.’