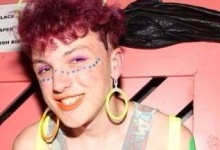 A teenager from Rotherham is challenging bullies to become better people in a powerful Fixers film which urges: ‘it’s never too late to make a change.’

William Hawcroft says: ‘People are bullied because they don’t fit into what society considers ‘normal’.

‘I want people to know that bullying is real, it’s out there and it’s getting worse.

‘I have a lot of friends that have been bullied and listening to their sadness made me want to put a stop to it.’

With Fixers, William, 18,  created  the film which  features two characters - one a bully, the other a victim.

They are portrayed as youths describing how they felt at that time, then as adults giving advice to their younger selves.

To watch William’s film, go to the top of this page.

An actor says: “Fear breeds hate, and hate infects the mind. Misery creates anger, and anger spreads like a virus.

“How do you want to be remembered? What lifelong effects will you have on another person?

“It’s never too late to make a change for the better.”

William, who is taking a course in customer services, says: ‘Realistically, bullying will never completely disappear.

‘But, in the meantime, I hope to encourage young people to do the right thing and stand up for those who can’t defend themselves.

‘I plan to share my film to inspire others to do the right thing.’