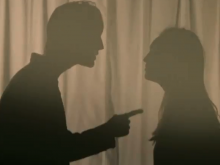 An image showing an unhealthy relationship 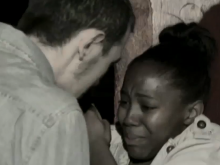 An image taken from another Fixers campaign on domestic abuse 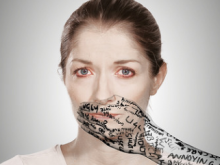 A young woman from North East England wants to show perpetrators of domestic violence that it’s never too late to change their ways.

‘Sophie’, whose real name has not been used, believes that understanding the reasons behind a person’s abusive behaviour could enable them to get help.

‘I’ve seen how destructive domestic violence can be and it’s a terrible thing,’ explains Sophie.

‘Sometimes the perpetrator might be dealing with issues of their own, which they potentially need help for.

‘I think it’s crucial that we look at the underlying reasons why people do these things. It's the key to dealing with domestic violence.'

With Fixers, Sophie has helped to produce a poster campaign asking perpetrators of abuse to consider the impact of their behaviour.

It features an image of a model and reminds those responsible for abuse that they can ask for help to change. 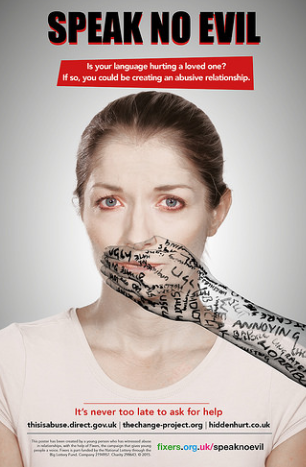 ‘I think the poster looks really good and gets my message across,’ Sophie says.

‘I hope that people will see this and realise that this type of behaviour is wrong and potentially needs treating.’

Sophie’s posters will be distributed at an event in January, which is due to be attended by a range of healthcare practitioners and young people.

‘It’s important that we get this message out to as many people as possible,’ adds Sophie.

‘Domestic violence should not happen.

‘It’s not until we look at the reasons behind it, that we can prevent other people from becoming victims.’