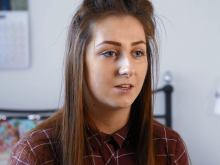 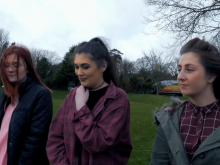 Meghan with fellow Fixers in the broadcast film 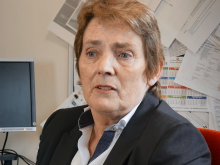 ‘I feel people already know that abusing alcohol can give you liver failure, but what they don’t know is that it can also give you diabetes and other health problems.’

Meghan Hope wants to make people aware of the sugar content in alcoholic drinks, after someone she knows was diagnosed with type 2 diabetes following years of heavy drinking.

Her story was broadcast on UTV Live on Sunday 10th January.

In the TV piece, the 17-year-old from Newtownabbey in County Antrim calls for better labelling on products and greater understanding about the risks of a high-sugar diet.

‘Someone I know suffers from alcoholism and they were diagnosed with diabetes around 2 years ago,' explains Meghan.

'They were not aware of what they were drinking and the sugar content.

‘It’s worrying because we don’t know what their sugar levels are, especially when they’re drinking alcohol daily.

‘My Fixers project is to make people aware of the sugar content in alcohol and other alcoholic drinks such as alcopops and ciders.’

With Fixers, Meghan and her team are planning to produce a poster campaign to get their message across.

You can view the group's Fixers campaign below. 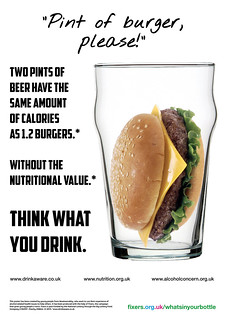 They have the support of Dr Brid Farrell, Consultant in Public Health Medicine, who also appears in the broadcast film.

‘People often put on weight when they start drinking for the first time.

‘That puts them at risk of developing diabetes in middle life.’

Meghan adds: ‘I hope if people realise what they are drinking, that maybe they will think twice.

‘It’s never too late to make a difference to either your life or someone else’s.’