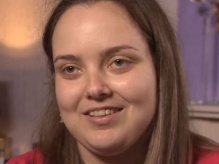 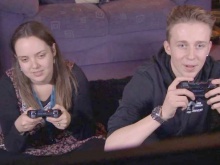 Georgia with her brother in the broadcast 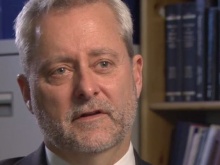 ‘I had my first seizure when I was 7 and now I get them every day. When most people see someone have a seizure they don't know what to do, but if you knew about it then you wouldn't be frightened.’

Georgia Tye, who has epilepsy, wants to help people better understand the condition.

Her story was broadcast on ITV News Anglia on Thursday 7th January.

In the TV film, the 23-year-old from Norwich highlights the importance of recognising epilepsy and its many different types.

‘When I have my hair done or just do ordinary things I have to tell people so that they know to look out for me,’ explains Georgia.

‘I don’t know when I’m going to have a seizure.

‘I can never be on my own and I always have to have someone with me, but my situation is uncommon.

‘More people have epilepsy than others realise, but most can control their seizures.’

With Fixers, Georgia has helped to design a coffee sleeve to educate people about epilepsy.

She hopes it will help others understand what to do if they see someone having a seizure.

Click below to see a larger version of the sleeve. 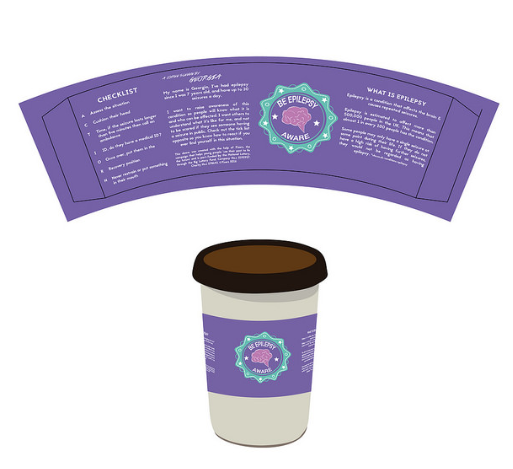 Dr Jeffrey Cochius, a neurology consultant at the Norfolk and Norwich University Hospital, appears in the broadcast in support of Georgia’s campaign.

‘Epilepsy is quite a common condition which occurs in one per cent of the population,’ he comments.

‘It is surprising that given the prevalence it is so poorly understood.

‘Georgia’s project is an important way of trying to raise public awareness and understanding of the condition.’

Georgia adds: ‘Just because you might know someone with epilepsy, does not mean you know all about it.

‘Not everyone has the same type but it is nothing to be scared of.’