Life After Death Fix On ITV 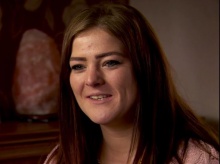 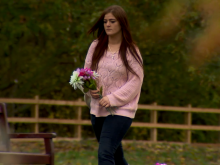 Imogenn in the broadcast film 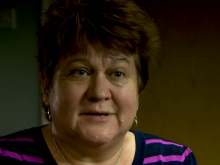 ‘It feels like your heart is breaking. It’s a pain that doesn’t want to go. I didn’t know how to deal with that.’

Imogenn Thornton (20) from Preston is using her experience of bereavement to help other young people cope with the death of a loved one.

Her story was broadcast on ITV Granada Reports on Thursday 3rd December.

In the TV piece she explains that her life began to spiral out of control after she lost her stepdad at the age of 13 and calls for others going through similar struggles to speak out.

‘He meant the world to me. He was my rock,’ Imogenn says.

‘I didn’t know how to deal with the pain of losing him. I was going off the rails and pretty much ruining my life.

'It’s hard to explain when someone dies, it was really hurtful.

‘One of the things that turned my life around was my job – I work at a funeral directors.

‘I feel like I’m giving something back to families by looking after the person who has passed away.

‘Now my life is back on track, I don’t want other people to go down the road I went down. I want them to know that they’re not alone.’

‘It’s so important that they speak up about their grief and find someone that they can trust and relate to,' Sally says.

‘That is going to be beneficial in the long-term rather than just putting a lid on things.’

Imogenn created a film with the help of Fixers to demonstrate how to cope with the pain of losing a loved one.

You can watch Imogenn's Fixers film "The Missing Piece" below:

She adds: ‘I love helping other people because I know that if it was me, I’d be so grateful.

‘If I get to make a difference to others I would be over the moon.’