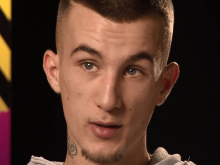 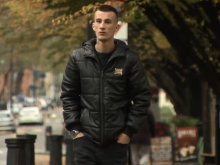 Seb in the broadcast film 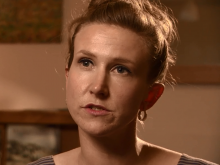 ‘People paint a picture of a homeless person as someone on the street, with a cup, blankets and maybe a dog, but it’s not like that. You can’t judge anyone by the way they look.’

His story was broadcast on ITV News London on Thursday 3rd December.

In the TV piece, Seb talks about his own struggle on the streets and meets others his age who have fallen on hard times.

‘Having lived on the streets and in various hostels, I’ve realised there’s a massive, silent problem,' explains Seb.

‘I used to go to King’s Cross and ask people for change.

'Nine times out of ten they would say “you’re not homeless” because I looked more like a tourist.

‘I see a lot of young people on the streets. Just because they don’t look run down doesn’t mean that they are not in a bad situation.

‘My Fix is to draw attention towards young people of inner cities that are homeless.’

With Fixers, Seb plans to create a film to get people talking about homelessness and the challenges young people face when they don't have anywhere permanent to live.

He's supported by Danielle Williams from New Horizon Youth Centre, who appears in the TV broadcast.

‘We are seeing around 40 to 50 young people a day coming from all across London,’ she says.

‘Sometimes they are rough sleepers, but predominantly they are the invisible homeless.

‘It’s an increasing problem. We are struggling to find places for them to go.

‘We work with them on education, employment and qualifications. Still they will struggle to find work that provides enough money for them to pay rent and come out of the benefits system.’

‘It will make me feel like I’ve accomplished something if I can help someone’s life move in a better way.’