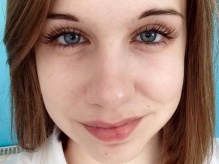 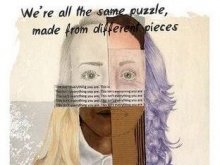 One of the images used on the Fixers posters 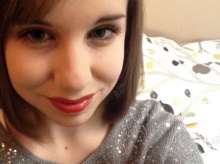 The sixteen-year-old from Bristol hopes to show that no matter what a person’s race, nationality, faith or sexuality, everyone deserves respect.

‘I want to make others aware that people’s differences are a good thing – they should not be hated or discriminated against,’ Olivia explains.

‘I have a few friends who have experienced hate crime. Some of them have been picked on in lessons and another has had her house vandalised.

‘When someone hates on others for a reason that the other person can’t change, it’s really damaging to that person’s self-esteem.

‘Someone’s ethnicity, religion, gender or race is who they are. When this gets used against them, it’s really hurtful. It can potentially lead to depression.’

With Fixers, Olivia and her team have helped create two posters to spread their message.

They feature the slogan ‘we’re all the same puzzle, made from different pieces’ and urge others to ‘stop the hate’.

To enlarge the Fixers posters, click on the images below.

‘I think the posters are great,’ Olivia says.

‘They send exactly the right message about how differences should be celebrated.'

Olivia plans to put up her posters in schools and youth clubs and wants to target young people to ensure they remain open-minded in the future.

‘I hope to make young people realise how serious hate crime can be, before it’s too late,’ Olivia adds.

‘I’ve struggled with low self-esteem myself and it’s not okay for others to make people feel that way about themselves.

‘A person is a person – it doesn’t matter what they look like or who they are.’