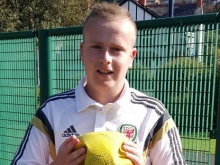 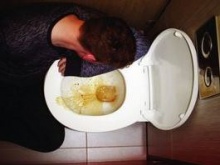 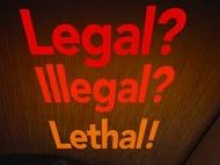 The message on the Fixers poster

Cory Wellbeloved and his team are concerned that too many young people are using legal highs and are campaigning to make them aware of the dangers.

The group from Conwy in North Wales want to warn others of the substances’ potentially lethal effects, as they feel the name ‘legal highs’ wrongly implies that they’re safe.

‘Some of us know young people who have been taking the drugs because they think it’s cool,’ explains 18-year-old Cory.

‘Because they’re legal, they don’t think they’re dangerous and there isn’t enough information out in the area to warn them otherwise.

‘They should be made illegal and warnings about the dangers should be printed on the packaging, like you see on cigarettes.

‘If shop owners and parents were better educated on the topic that would also create further understanding among adults, so they’d know what to look out for.'

With Fixers, the group have helped create a poster to demonstrate the potentially devastating effects of legal highs.

It depicts a young person being violently ill and makes it clear that using the substances can be fatal.

To enlarge the group’s Fixers poster, click on the image below. 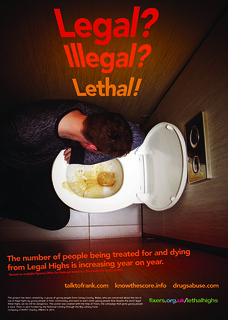 ‘The poster is definitely what we were aiming for – it makes you feel sick to look at,’ comments Cory.

‘We want it to be displayed in colleges, schools, libraries and youth clubs where young people and their parents are likely to see it.’

The team hope their campaign will encourage those tempted by the dangerous substances to think twice about their decision.

Cory adds: ‘We hope to make people realise what legal highs can do to you.

‘It should scare them into telling their friends that it’s a silly thing to try. It’s not worth it.’